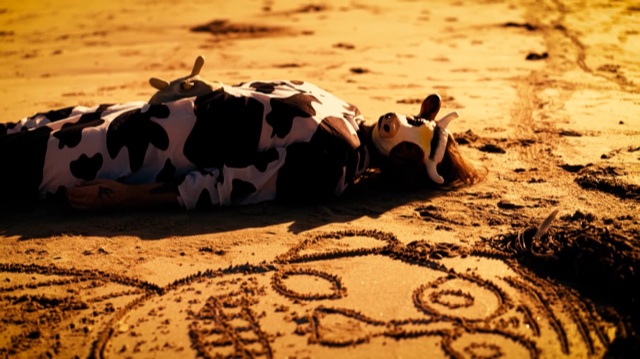 Duncan Marquiss releases a new single, ‘Drivenhalle’, which acts as a trailer for the former Phantom Band member’s debut solo album ‘Wires Turned Sideways In Time’, which is due for release on March 4th 2022, on the Basin Rock label.

“I enjoy trying to stretch the guitar as an instrument,” says Marquiss. “That reflects my playing style, always trying to make the guitar sound different, or create non-guitar like sounds.”

“I like it when music builds itself up in an organic fashion,” he adds. “When it just seems to emerge and almost writes itself.”

The album itself, which is available to pre-order now, is purely instrumental, and was recorded in Aberdeenshire in Marquiss’ parents’ garage. “Apart from the wind and the swallows nesting in the eaves there’s not many distractions around,” he says.

Marquiss created the video himself, perhaps unsurprisingly. “I used to use music in my art practice a lot,” he says. “Creating soundtracks for videos. I’d spend time analysing films to see how the music affected the image emotionally.”

He can also be seen making his solo live debut next year, on a tour supporting Steve Gunn: