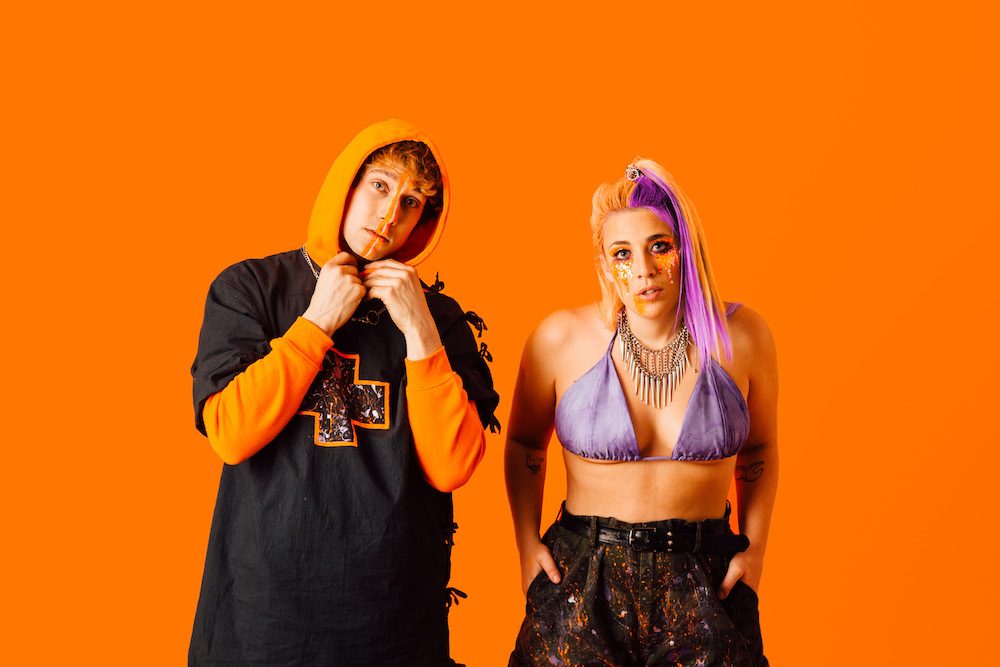 Scottish rock duo Vukovi self-release a new single ‘C.L.A.U.D.I.A’.
It’s the first new music since the release of their debut album in 2017, and also the first since becoming a duo – parting ways “on good terms” with bassist Jason Trotter and drummer Colin Irvine.

The remaining twosome – Janine Shilstone & Hamish Reilly – have been writing and recording their second as-yet-untitled studio album, set for self release in late 2019. Securing PRS Momentum funding has meant they have been able to self-fund the sophomore effort, to be produced by long-term contributor Bruce Rintoul.

Speaking on the new video, Hamish said: “For C.L.A.U.D.I.A – Janine had this idea of a struggle/escape sequence with someone, so we wanted to figure out a way we could do it where it felt pretty real. So we decided on a one take shoot! Add in the playback in slow motion and we knew we would have a super effective look to really see her struggle. You kinda almost forget by the end that it’s one take, making you wanna go back and watch it again which I fucking love!”

The band tour with Set It Off on tour throughout April before playing a string of UK headline shows in May: