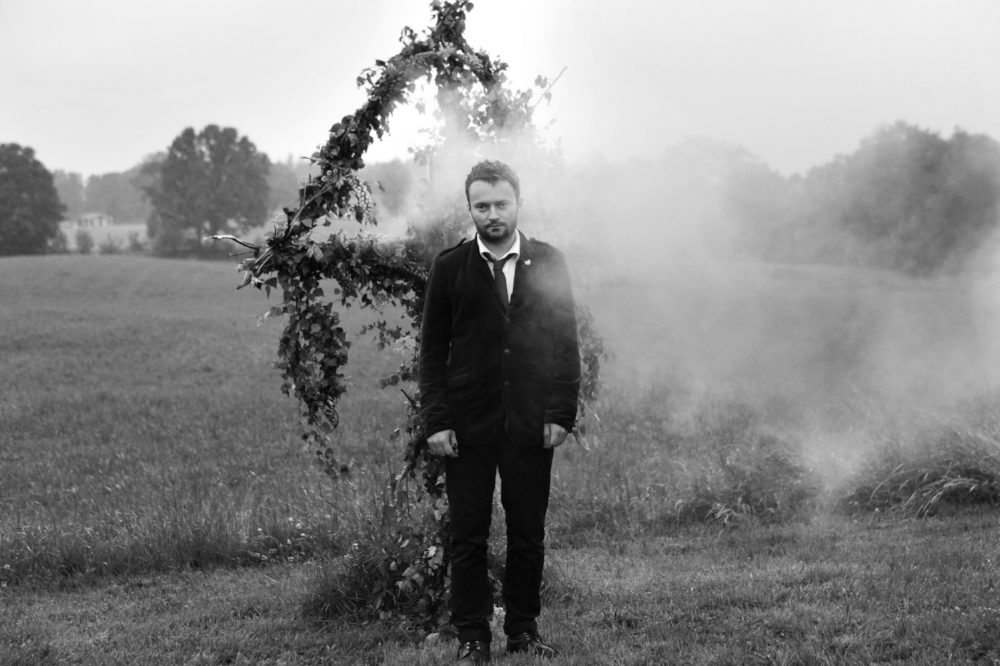 Including recent Postmap single ‘Smögåsbord’, the 10-track long-player is in fact the work of John B. McKenna – the new project led by the Scots-born, Sweden-based artist best known for his work as Monoganon.

‘Undermedvetenheten’ – pronounced “Under-med-veten-heten” – is available on limited-edition 12” vinyl and via digital as a 10-track album, a co-release between London’s Kit Records, run by Richard Greenan, McKenna’s imprint Foundation of the Teacherock, and Johnny ‘Pictish Trail’ Lynch’s Eigg-based label.

As well as an album, the album forms the soundtrack to a live action role playing game (LARP), titled ‘Undermedvetenheten’, and developed in conjunction with Greenan and London games company Frand.

Greenan and McKenna have previously collaborated, under the name Devonanon in 2016, but McKenna composed and recorded all the music on the new record from his base in the city of Malmö – including “minimalist synth drones, playful electronics and freestyle penguin samples” (the latter component being particularly appealing).

McKenna’s background with Lost Map stretches back to his second album (following a debut on Winning Sperm Party) with ‘Killmens, as well as 2013’s ‘Family’, and he most recently took part in Lost Map’s V I S I T A T I O N S residency series in 2017.

“The music is definitely what comes first,” McKenna says of the new album, “but Richard and I went wild with the concept and ended up taking the whole project to a new plateau of madness.

“But the music is truly very simple, like me playing with mud and sticks and it is really all about my strong desire to communicate with animals.”

Included with the record is the game, also titled Undermedvetenheten, and described as a simple, science fantasy game for 1-12 players, with a focus on atmosphere, storytelling and player cooperation – “perfect for newcomers to live action role playing”.

It takes two minutes to set up, lasts around 30 minutes, and no two games are ever the same, with players taking on the roles of humans aboard a vessel on an endless journey into the depths of space with only the ship’s AI, Mima, to guide them.