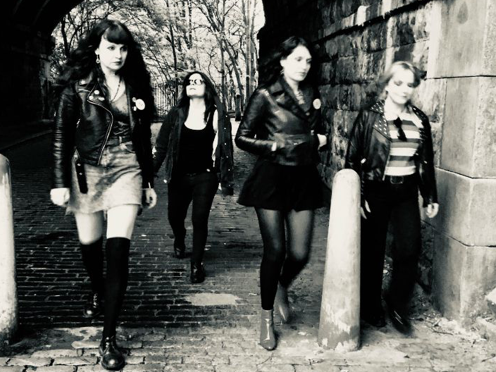 This will shortly be available also on Spotify and iTunes.

The Glasgow-based all-female 4-piece were formed in early 2018 by Becca Murray (The Creeping Ivies) and Jane Lloyd (Fanny Pelmet and the Bastard Suits) who were joined shortly after by Jack Mata (drums) and Juana Adcock (bass).

It follows up their double A-sided single ‘Death Becomes Her’ / ‘Teen Witch’ from last year, although the quartet also released a Christmas song (‘It’s Christmas (Have a Rock N Roll Time’) via Manchester label Cherryade Records.

Next Scottish show for the band is on 31st May at Leith Depot in Edinburgh, followed by a show on 27th July at the Midnight Breakfast Club, Bathgate.
They also play on 14th September at the Scottish Honky Tonk on the Isle of Bute.