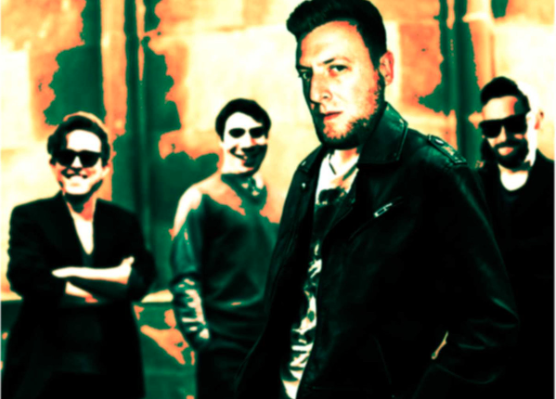 Their second full-length effort from the Ayrshire-based combo will be available via DK Records on Spotify, iTunes, Amazon Music, Apple Music and all other major platforms on Friday 12th April.

“We worked with a few different writers on this album,” explains frontman Stuart McGregor of Skelmorlie, Ayrshire. “Mandy Baldwin writes lyrics I could never dream of – very heartfelt and emotional. Most of my songs are about blood, war and death! We also stole a couple of amazing poems from Stuart Byers and used them in a song called ‘Flame’. The lyrics are much more considered than on the first album.”

The new release is the first to feature new guitarist Largs-based Stuart McArthur, as well as featuring the lyrics of Glasgow singer Baldwin, who also takes on vocal duties on one tune, ‘Stagnant’.

However, the 12-tracker – which follows up 2015’s ‘Unleash The Din’ – can be obtained as a bandcamp download now.