The Death Collective: Stirling DIYers Constant Follower and Moonsoup join with The Burning Hell to release album centred around clarinet of Peter Russell 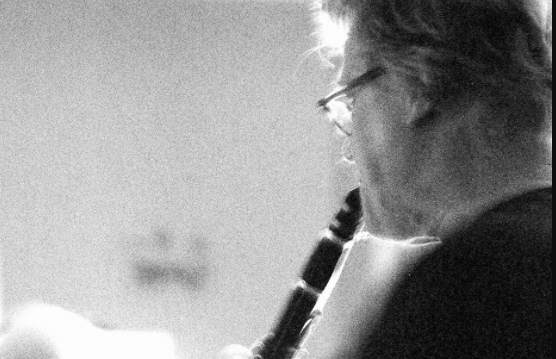 The 10-track long-player – available to download as well as ultra-limited lathe-cut clear 12″ vinyl – features many acts from the Forth Valley area as well as guest appearances from US band Origami Ghosts and Canadians The Burning Hell.

The album is based around the work of “wizened clarinettist” Peter Russell, an early member of the collective, who has as well as making experimental sounds in his own right, has also worked with various collective members as well as Railfan.

His clarinet is a constant feature across the album on tracks by Constant Follower, Moonsoup, Quitter, Youth Group, The Narcissist Cookbook, HM, Gregor Flynn, and Scott William Urquhart.

The Death Collective was originally formed due to a need for venues, studios, promoters and music press infrastructure across the Forth Valley.

The idea for this album emerged from a series of live collaborations, loosely beginning somewhere around the Death Collective’s first ‘Swamp Day’ album release concert, while their international guests were approached to contribute tracks following their appearance at cafe-venue Mediterranéa.

The album’s recordings were made in Russell’s front room, with some tracks (including Hamburg-based Tony Stosch) appearing fully formed from those who could not commit the travel, and were complete by late summer 2019.

Following a hiatus, McAll, frontman of the Constant Follower, took it upon himself to mixed and mastered the tracks already recorded before coordinating its release.