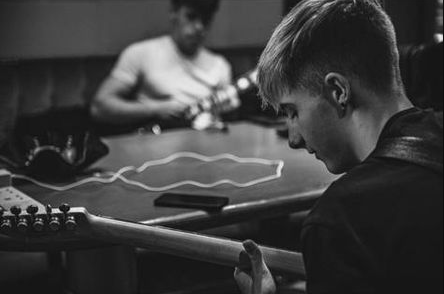 Recorded at the Substation recording studio in Rosyth in November and December 2020, the track was produced by Michael Brennan, and follows up the band’s sophomore effort, ‘Who Knows Who’.

The duo – vocalist/guitarist Matt Philp, and Aidan O’Hara, who plays bass and drums – made their debut with download single ‘Murky‘, which was available last October as an exclusive free download to readers of this very website.

The two-piece formed in 2019, and played their first gig at the Carnegie Hall, opening the Outwith festival in their hometown of Dunfermline.

Sub Station Records is based out of the Fife recording studio, originally situated in Cowdenbeath but now located in a former church in Rosyth. Having put out a charity release, ‘House Music Volume C19‘, in June 2020, they now have Scottish act A Month of Sundays plus Oklahoma band The Disciples of Mary on their roster.