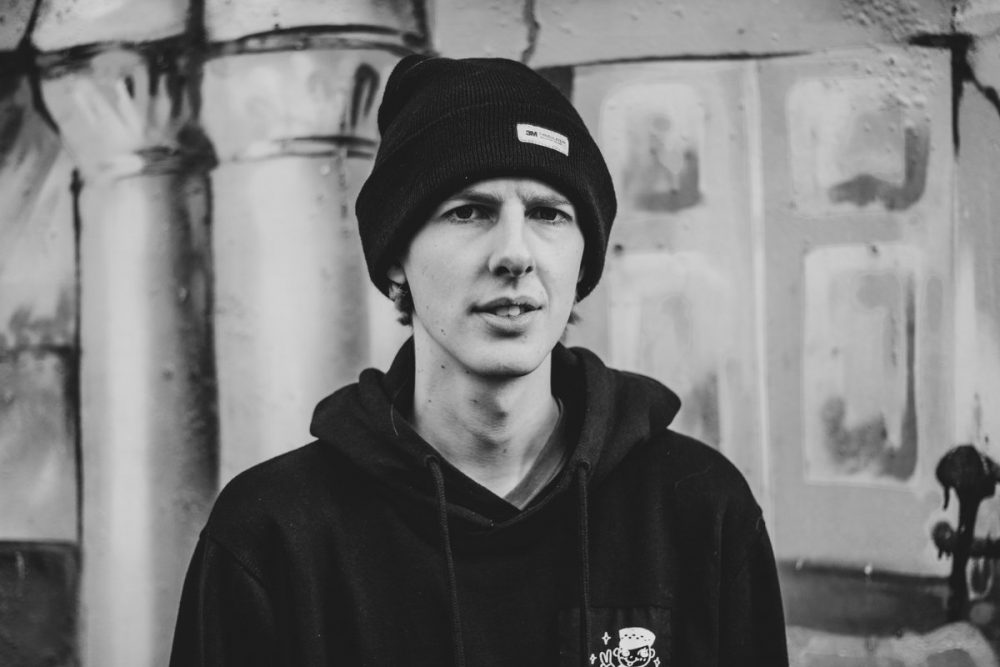 The 12-track opus is available on CD from Lost Map as well as a download or CD – there being 200 hand-stamped CD-Rs in hand-assembled packaging available, each with a printed A5 zine containing lyrics and illustrations by Sulka.

There’s also a cassette version, limited to 30 copies, which is produced by the Gold Mold label.

Sulka is the project of Glasgow-based Lukas Clasen, who has previously self-released a selection of music as well as appearing on 2018’s Scottish Indie Sampler Vol. 3 as well as working with Moonsoup on a split EP, a track which appeared on Olive Grove Records’ ‘Get Into The Grove‘ 10th anniversary compilation from last November.

Clasen self-produced, engineered and played all of the instruments on his home-recorded release, apart from drums engineered and recorded by Luc Grindle, while Niamh Baker contributes backing vocals on two tracks.

The album is preceded by singles ‘She Cares’ and ‘Fear It’, although Clasen has put out albums and EPs since 2017 via various local cassette labels including Gold Mold, Death Collective, Common and Negative Hope.

Initially part of collaborative project Polarnecks, went solo, driven by “a desire to make music that was more stripped back, dynamic and experimental” – although sometimes performing live with a band, and opening for the likes of PAWS, Sorry, Current Joys and Jeffrey Lewis & the Voltage,

“I love music that comes from non-studio environments,” he says, “stuff where you can hear the imperfections and limitations,” he adds.

Of the album, Lost Map Records boss Johnny Lynch said: “Lukas sent me his music over lockdown, having heard a release we did earlier in the year by Good Dog. I was really taken by the strength of his songwriting, and the fact that the sound of his recordings were so fully realised.

“Although he performs with a live band, Lukas recorded all the instruments on this record himself, and that DIY spirit is something I’m always drawn to. ‘Fear It’ was the very first track I heard, and it’s a perfect introduction to his world – super-melodic, and with a propulsive energy that pulls the listener in. I’m really excited for folks to hear the album.”