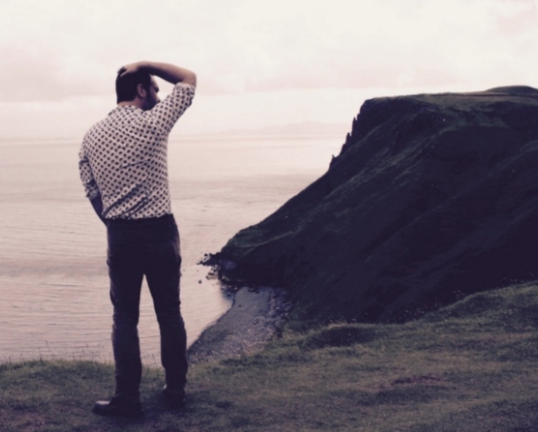 It follows previous long-players ‘Gravity Defiant’ and ‘The Damnation Chain’, as well as a brace of EPs, ‘We Go a-Waltzin‘ and ‘Spark Catcher‘.

Including the recent single / title track, the new album is, Flynn says, based around woodwind composition (+souzaphone) and shades of EDM. “Like each preceding album, this one has its own instrumentation, style and tone: Album 1 was dark, gospel-tinged slowcore; Album 2 moved into a dark electronica with piano and strings.

“The idea of woodwind came about due to the idea of feeling suffocated by secrets and the thought of ‘just breathe, breathe easy’,” he continues.

“The tragedy of George Floyd and his immortalised final ‘I can’t breathe’ became a heavy influence on the protest song ‘Collapse’. The album is largely dealing with queer identity, sexual intimacy and relationships from the spark of their infancy to the darkling ends.”

However, the COVID-19 pandemic has put plans for a live show very much on hold. Eventually the album will be turned into a soundscape and performed as a one-hour impressionistic theatrical piece by Flynn and other musicians.

“I still haven’t decided if this is the stupidest idea I have had, but I’m enjoying the ride immensely even if no-one else ever does,” he adds.