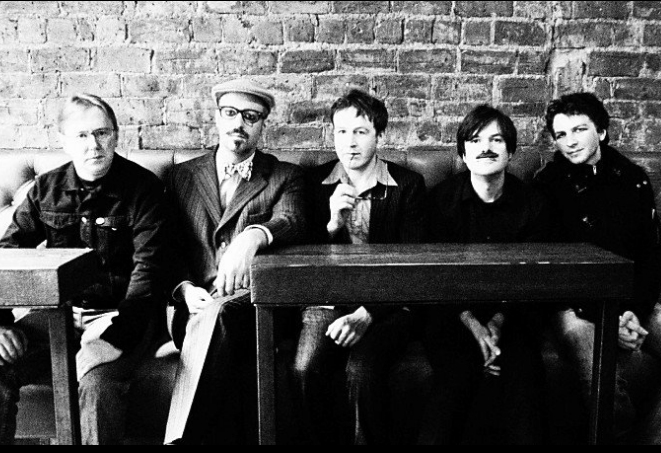 Scunner release a festive single, of sorts, entitled ‘No Dr. Who This Christmas’.

The combo – Paul Puppet, The Lunatic engineer, J J Mills, Disco Dave & Jim Cosgrove – describe the new tune as a response to the lack of a Doctor Who special on Christmas Day this year.

Scunner frontman, Paul Puppet, said of the thinking behind the single: “For many it has become as much a part of festivities as Christmas Dinner or mulled wine, so it’s rather frustrating for fans that the decision has been made to move it to a New Year’s Day slot this year instead.

“The song references several of the Christmas specials that have graced our screens annually since it’s comeback in 2005, we also mention the fact that most fans are loving the 13th incarnation of the Doctor, despite the haters who decided the series was doomed after the character becoming a woman.”

“We also wrote it partly because it renders our old Christmas single, ‘Bearing Gifts’ null and void.”

That song carried the lyric: “I finish my meal in time for Dr. Who”.

You can download the new track for free from the band’s Soundcloud page.

And there’s a video, by Walker and William…