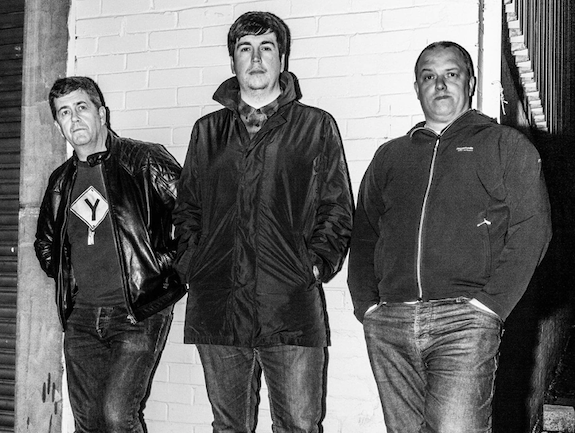 Savage Cut release a new mini-album, ‘Before The Sea Does The Mile’.

The nine tracks from the West Lothian trio – available to download via Bandcamp – feature three guest vocalists, an instrumental, and tracks that use vocal samples from Alex Harvey and Charlie Chaplin.

The trio – Brian Kiernan, Liam Innes and John Innes – worked with a variety of collaborators on the album, who as they say, “have helped us keeping every track different from the last”.

Also sampled is Charlie Chaplin on ‘The Great Dictator’ – the track sitting at nunber 1 on the LA rock chart for three weeks, and remaining in the Top 10 for nine weeks in total.

Previously the band have released a cassette single on Custom Made Music, ‘Take It!’/’ICKYWMY’, plus ‘Madhouse Magical’ – a 7” split single with New Zero God – on New Savage Records.

CDs are also available, for £5, at www.facebook.com/savagecut.