Nova Scotia The Truth, Scars, Teenage Fanclub, The Twilight Sad: all appearing on your digital airwaves 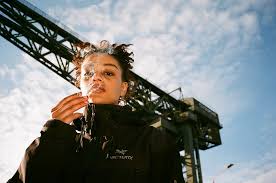 It’s all about the SAY Awards this week – with the winners being unveiled on Thursday 29th at 7pm, we’re in full preview mode across the airwaves.
But really getting into the SAY spirit is Tim Burgess, who is having a string of listening parties leading up to the big reveal on Thursday. Cramming in three or four a night between 6 and 10pm, he has Callum Easter, Erland Cooper, and Blanck Mass (all Monday); Bossy Love, Declan Welsh, Comfort and Shhe (Tuesday), and Nova Scotia The Truth, The Ninth Wave and Cloth on Wednesday.

And in a nice touch, from Friday, three albums which would surely have won the award if it had existed when they were released – Scars‘ Author Author’ (19), Teenage Fanclub‘s ‘Songs From Northern Britain’ (1997) and The Twilight Sad‘s
Nobody Wants to Be Here & Nobody Wants to Leave’ (er, 2014…)
Anyway, get the full lineup at timstwitterlisteningparty.com

Also, on Friday, there’s a new BBC Radio Scotland show in town – woefully underpublicised, the only people who will have heard of it will have been those who saw the recent job advert for presenters. Anyway, seems that two have been hired – Phoebe I-H (previously of the Dance Anthems show) and Shereen Cutkelvin – who appeared with Lanark family group The Cutkelvins on X Factor and previously had several UK hit singles with girl band Neon Jungle including a #4 with ‘Braveheart’. The two will, we’re advised, “bring you the best unsigned, undiscovered and under-the-radar music Scotland has to offer.”

That includes, this Friday at 8pm, a session from Nova Scotia The Truth (a SAY Award long listee).

(You can also listen again to Vic Galloway’s show from last week, which has a chat with Erland Cooper, who at least still has a chance of winning the thing.