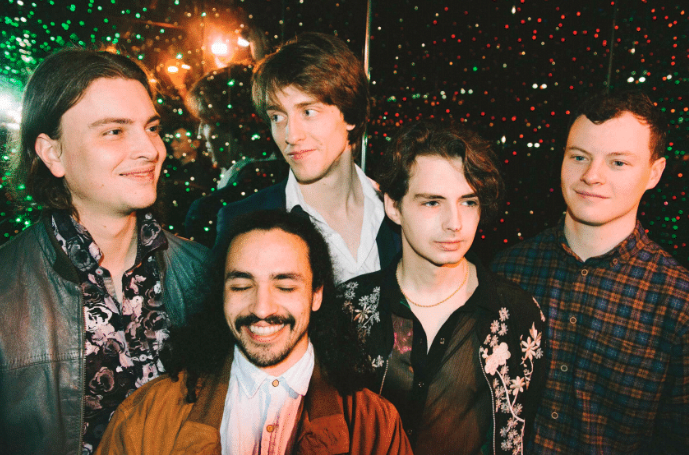 Quiche release a new single, ‘Grey Matter’ on the First Run label., and is available to stream or download now.

The six-piece – Juan Laforet, Jack Borrill, Jamie McAuley, Tommo Miller and Ally Stirrat – recorded the single at Chem19/Shady Lane, with the track being produced by Chris McCrory and then mastered at Green Door Studios.

It follows up previous track ‘Come On Down – whose video was created by Alia Ghafar, a winner at Glasgow Short Film festival.

The video for the new single was directed/filmed/edited by Neil Boyle.

Vocalist / guitarist Juan Laforet said of the record: “I wrote the song when I was really sad and I couldn’t sleep and it’s kind of a note to myself. Sort of like regrouping. And looking forward.”

The band play Glasgow’s Indian Summer festival at SWG3 on September 1st, and then in October have two shows with Catholic Action, in Dundee on October 10th and the following night in Aberdeen.