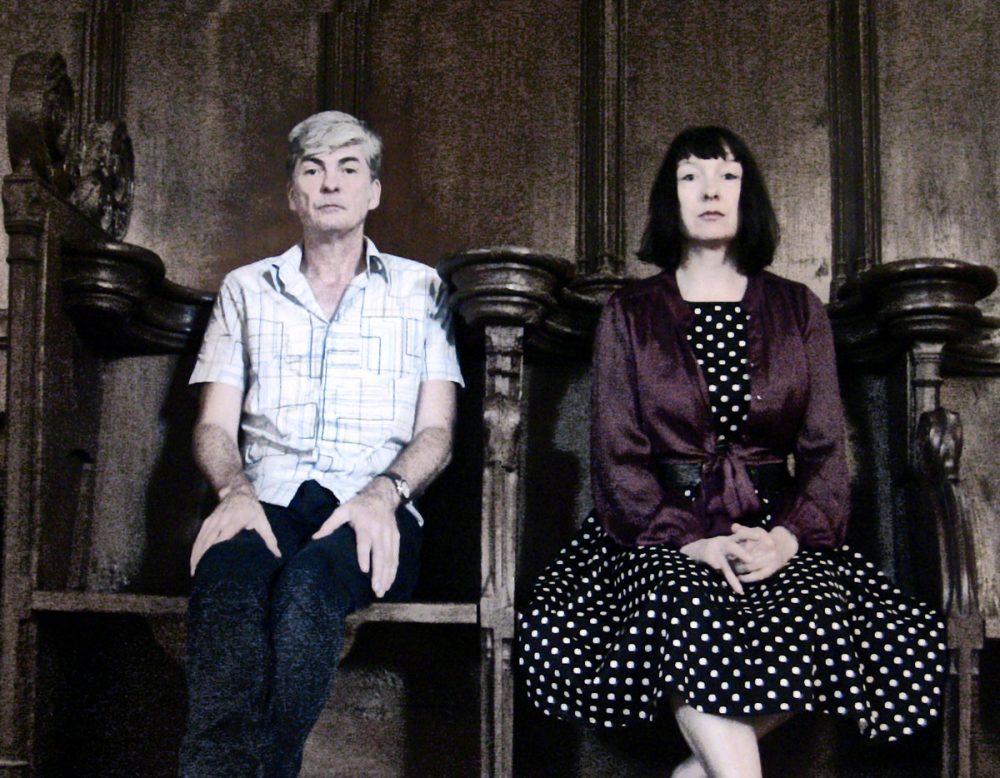 It’s the eighth long-player over the space of two decades from John Wills and Pinkie Maclure, whose previous full-length recordings have come via Fire Records as well several self-releases.

‘Scapa Foolscap’ contains eight tracks, including recent single ‘Local Envy’ and ‘The Mirror of the Other’ with guest vocals from Adrian Crowley. It’s available to download, as well as a CD version in a cardboard digipak sleeve by Italian designer Stefano Piacenti.

It’s one year since the most recent material from the pair – a re-issue of album ‘Cat’s Cradle‘ as a Bandcamp download for the first time since its original 2005 release.

John Wills and Maclure are both experienced musicians since the mid 1980s. Wills was part of Loop, as well as The Hair & Skin Trading Company, while Maclure fronted her own band The Puritans, as well as working on Spleen (an album in collaboration with PJ Harvey and John Parish).

The pair first met when Wills, who has worked as a producer for Rough Trade, Creation, Beggars Banquet and Wiiija, produced an album for Maclure, leading to their collaborating on multiple albums over the years, under their own names as well as Lumen and Fingerfood.