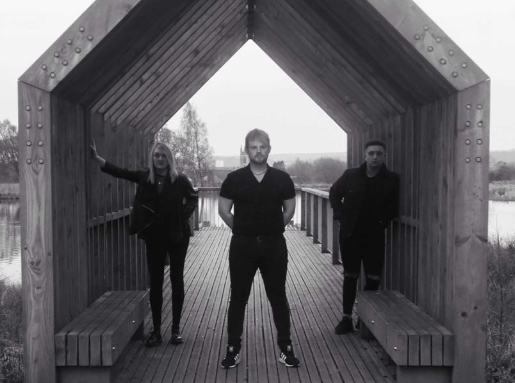 The new track from the Falkirk three-piece – Ollie Kitchen (vocals/bass), Sarah Monteith-Skelton (guitar/vocals) and Reece Ryan (drums/vocals) – follows up single ‘Dreamer And I‘, released in December 2019.

The new track is, the band say, “about being able to capture life, embracing it when you can and living for now.

‘Moment’ was recorded, mixed and mastered by Mark Morrow Audio, and is available to stream or download.

The trio have released a total of seven singles, and played at a variety of festivals including Party At The Palace, Vibration Festival, ButeFest, Rewind, Gig In The Goil and King Tuts Summer Nights, sharing bills with the likes of Feeder, The Coral, Texas, Deacon Blue, The Charlatans, KT Tunstall, BMX Bandits and Big Country.