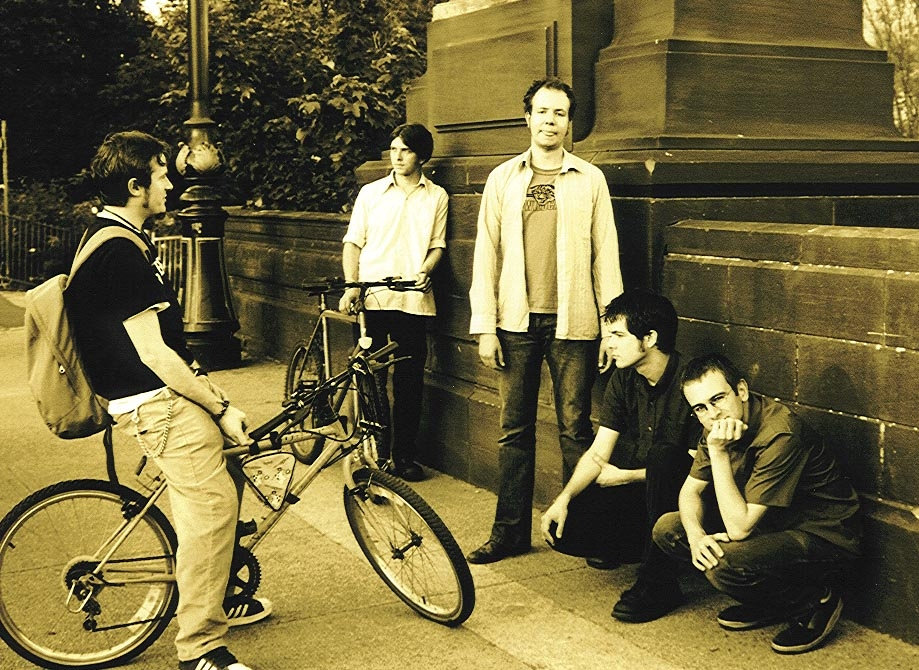 Peeps Into Fairyland have released a new, previously-unreleased track as a single.

Available to download, ‘Moonlight Stripping’ was recorded and mixed by the band’s Jeremy Mills in 2002, but only just ‘rediscovered’ by Paul Herbert.

The band recently made their entire back catalogue available online, in lieu of their plans to play live and record being stymied by the Covid outbreak.

“We thought it would be nice to put a ‘new’ song out in the meantime,” said Paul Herbert.. “I found it while looking through some old songs we had recorded at home and we felt it was good enough to share.

The band initially formed at university in Dundee with original members Herbert and Michael Angus, plus Hamish Fulford and Graeme Williamson, recording their debut ‘Wise Witch’ EP before Angus, Herbert and Fulford moved to Glasgow. When the latter departed, the lineup which would record the bulk of the band’s back catalogue was completed by Martin Bate, JJ Mills and DJ Ferguson, initially recording a single, ‘Muddy Water’/’Last Day’.

Inactive since playing their final show at King Tut’s in Glasgow in February 2002, the quintet planned to reform for a live show as part of Idlewild’s 25th anniversary. That show was of course postponed, but with the band in regular communication again, live shows and hopefully some new material should follow eventually.