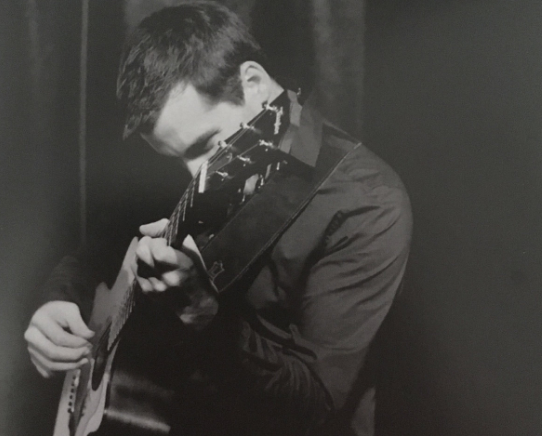 The four-track release follows up a mini-album entitled ‘Acoustic Guitar’, from 2017 – the Belgian-born performer having adopted finger-picking after 15 years of playing in his classically-trained style.

There are five instrumemtal tunes on the latest release from the Glasgow-based musician – his own arrangement of the Rolling Stones’ classic ‘Paint it Black’, plus four originals, each composed in and inspired by a different country – ‘From The Beginning’, ‘No More Questions’, Jour 100′ and, perhaps evidence that he has picked up some local influences in his adopted country,’The Wee Blether’.

The EP gets its launch at For Fika Sake in Glasgow on Saturday September 22nd.

releases, this week's thing | Comment (0)
« End of the road for Song, by Toad
Tindegger-Usurper Outfit »