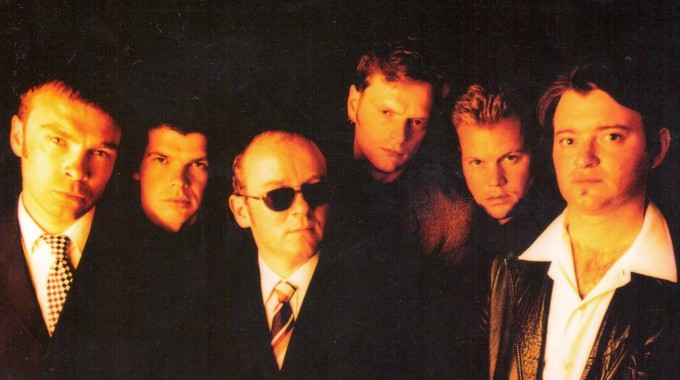 New Leaf release an album, ‘The Year of the Ox’, via the Stereogram label.

Available on CD / vinyl as well as to stream or download, it is the first new release from the Edinburgh outfit since 1999, and features lead single ‘Raincloud’, which is accompanied by a video by by Australian author Felice Arena.

Kelly and Thoms’ collection of songs attracted the attention of Japanese stained-glass artist Yoshiro Oyama, who subsequently became their manager and secured a deal with Sony/Epic Japan via his own independent label Foundation.

In the early noughties the Kelly/Thoms song writing partnership was revived, with a collection of fourteen new songs, the pair recruiting original New Leaf member John Hall on bass, plus drummer David Mack, guitarist Andy Stevenson, harpist Sophie Askew and trumpeter Reginaldo Dias to record material for an album which was never completed.

However, thanks to lockdown of 2020 and into 2021, Kelly and Thoms revived the abandoned project, adding new overdubs, remixing and mastering the recordings in Thoms’ home studio.