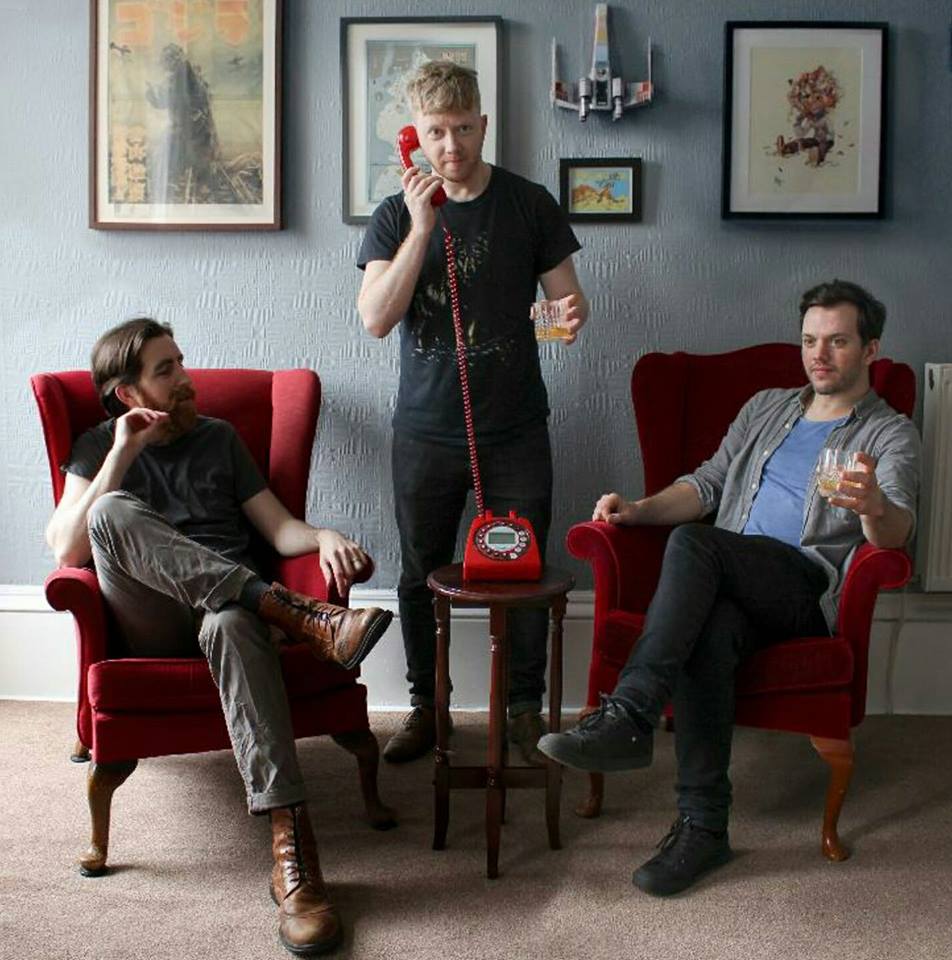 The follow-up to the Glasgow trio’s comeback single ‘Freakbeak’, the new song is the second track to be taken from forthcoming third album ‘Skinny Tricks’, due for release on 15th May.

‘Footsteps 101’ concerns the time when frontman Cammy Macfarlane had to re-learn to walk, following a short hospital stay.

“I couldn’t walk normally, and there was a point when I was asking my brother if he could show me how to walk like a normal person” he explains. “I remember clearly watching my brother and trying to emulate the way he was walking.”

The song is released digitally on all platforms as well as on 10″ eco-brown vinyl, including an exclusive vinyl-only remix to download.

On the B-side of the vinyl version is ‘Workstation 12’, a musique-concrete inspired piece, and also included are download codes two brand new songs, one demo, and one remix from Tupper Werewolf.