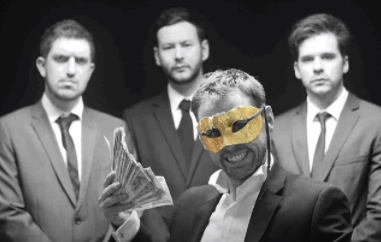 The quartet have their second album ready for release (and are, we’re told, already in the studio writing material for the third).

The band – who won the Scottish Alternative Music Award (SAMA) for Best Live Act – play Perth Green Room on March 24th, and then Glasgow Art School on May 12th.
More at www.facebook.com/mickey9s\