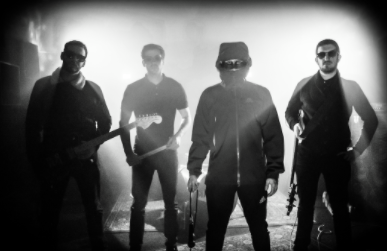 It follows up singles ‘Full American‘ – released in March – and ‘Kids‘ from February – both trailers for the band’s forthcoming album ‘Modern Kunst’, due for release on July 2nd.

The four-piece recorded the single, and album, at Square9 Recording Co. with Antony Paul, who produced the sessions with Ross Hamilton, who also mixed and mastered the tracks.

The band – formed after seeing Daft Punk at a music festival – had a spell playing electronic-based music, before realising that it “lacked the energy, momentum and emotion” of the guitar-based sound they have since returned to.

The band – winners of the Scottish Alternative Music Award (SAMA) for Best Live Act – previously released their debut long-player ‘The Party Manifesto‘ in 2015.