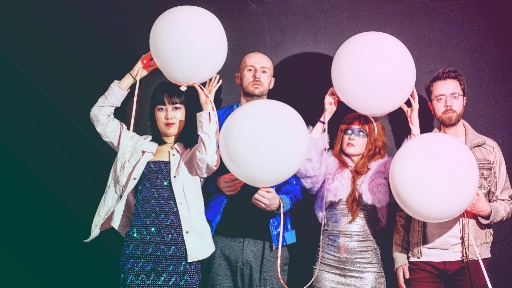 L-Space release their third album, ‘Feed The Engines!’, via the Last Night From Glasgow label.

The band – vocalist Lily Higham,  Gordon Johnstone on guitar, synth and production, and bassist Dickson Telfer (also a member of Vulture Party) – say the 10 tracks form “an album about late-stage capitalism and being tired all the time.”

The album is available as a stream or download – not, unusually, as a physical vinyl release, but Last Night From Glasgow are offering, as well as a CD version, a customisable 7″ single featuring your choice of two tracks from the album.