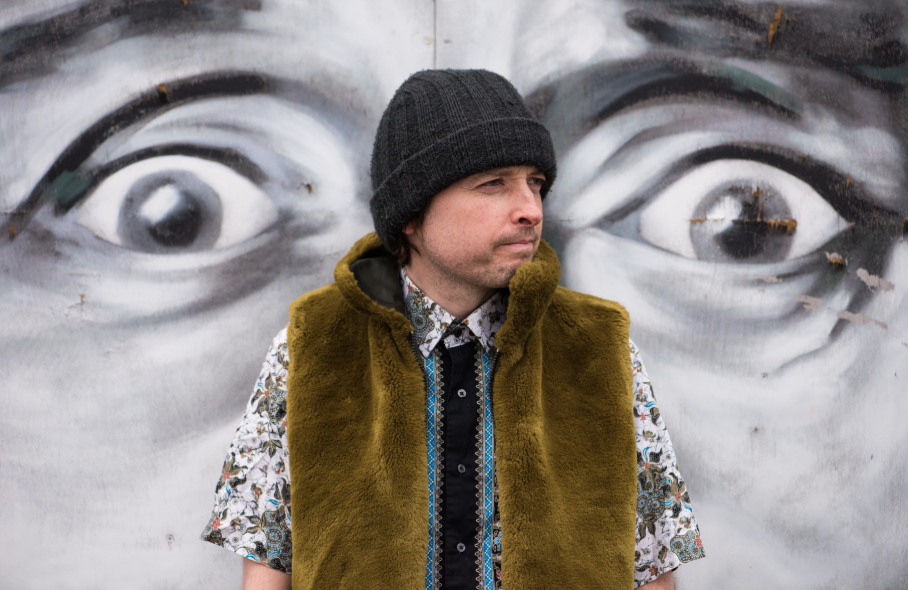 It’s the follow-up to the debut single from the frontman of Scottish indie band Attic Lights ‘Wasted Days’ – released in March as Kev Sherry & Low Fruit.

The new track, available to stream or download, acts as a taster of Sherry’s debut solo album ‘Foxy Orthodoxy’, due out in September this year.

His music has previously been featured on BBC’s The Culture Show, HBO’s Divorce, Netflix’s Elite, MTV’s Teen Mom and The One Show among others, while Sherry has collaborated with an assortment of artists including Bjorn Yttling, Cerys Matthews and La Casa Azul, and been remixed by Mogwai, Camera Obscura, Jim Noir and The Vaselines.

‘Feelgood Movie Of The Year’ was written in Melbourne, Australia on a break from touring with Attic Lights, and the singer says: “The song explores the way we present ourselves on social media, trying to remove our flaws and create almost Hollywood-like personas for ourselves – and how this ‘fakeness’ is a symptom of our wider society.”

Collaborating with producer Paul Savage, the song was recorded using a guitar borrowed from Camera Obscura’s Tracyanne Campbell and a bass similarly on loan from Francis MacDonald out of Teenage Fanclub.

The song is also, we’re told, thematically linked to Sherry’s anarchist journalism for New Statesman and The Alternative UK and his acclaimed feminist graphic novel Warpaint (due to be published in early 2021).