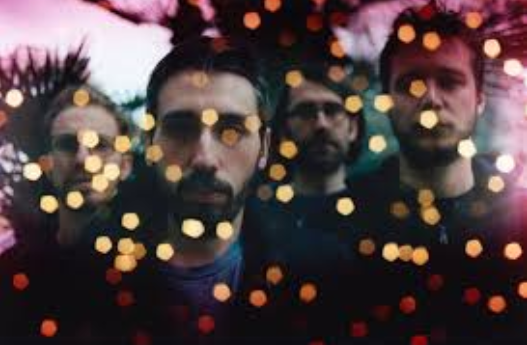 The band are the brainchild of chief lyricist and frontman of Admiral Fallow’s Tom Stearn, who have an album, ‘Arrows’, inspired by the sci-fi works of Isaac Asimov, scheduled for an October release.

The new material follows up debut release ‘Loan’, from 2015, which was much more a solo effort of Stearn, whereas the new lineup, a four-piece, is comprised of members hailing from Scotland, England, Belgium and Italy.

‘Weathervane’ was recorded by Emi Cioncoloni at ‘El Fish’ Studio in Genoa, Italy and further mixed and mastered by Nick Huggins and Ben TD at the A Pocket Full of Stones studio in Melbourne, Australia.

The frontman said of the new single, written in Genoa: “The song is about time, past and future, and, as with all of the tracks on the record, is linked with the sci-fi world of Isaac Asimov, here taking inspiration from the imagined science of Psychohistory, which predicts major events in human history through analysis of big data. It’s a song which poses questions about fate, faith and the bigger picture we’re all part of.”

The band have a one-off date at The Hug & Pint on 24 May. More at www.facebook.com/kettleofkitesmusic.