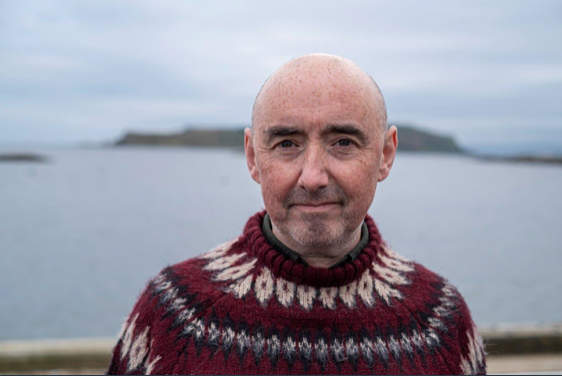 Jim McCulloch releases his debut solo single ‘When I Mean What I Say’.

Recorded by Kevin Burleigh at Gorbals Sound, and available via Violette Records, it’s the title track from a forthcoming album due for release on May 21st, and is available to download or stream.

Although the single is McCulloch’s debut under his own name, fans of Scottish music will be familiar with the singer-songwriter’s work already – the Glasgow-based musician having previously been an integral member of BMX Bandits, as well as The Soup Dragons (with whom he had several hit singles and albums) as well as his later work on his own Green Peppers and Snowgoose projects.

McCulloch also worked with Isobel Campbell when the former Belle and Sebastian vocalist was working with US singer Mark Lanegan, who described him as “the song-writer’s songwriter”. He also gained a Master’s Degree in Songwriting following a return to education after over 30 years.

McCulloch describes his new label – formed by Michael Head (Shack, The Pale Fountains) and Matt Lockett – as “kindred spirits in the music world… their ethos, aesthetic and generosity of spirit chime with me.

The nine track “elp” – halfway between an EP and LP – will be released on limited edition 10″ vinyl and will be preceded a further single ‘Chorus Of Lists’ on April 16th.