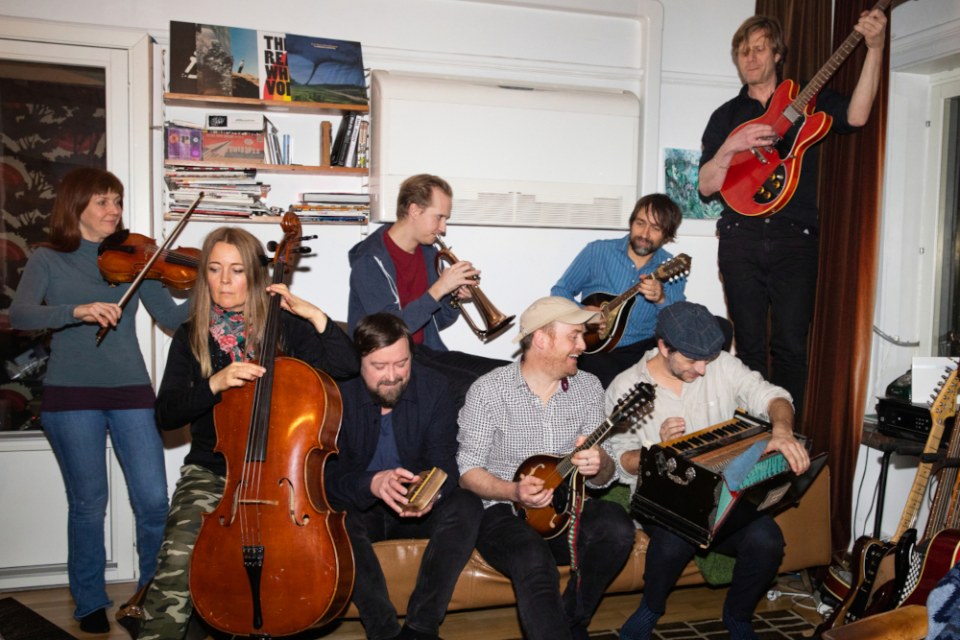 It’s a trailer for the forthcoming album ‘The Wide, Wide River’, out on January 22nd next year.

The Fife-based singer-songwriter, usually billed as solo, with The Athletes, or as part of trio Yorkston/Thorne/Khan, has teamed up with The Second Hand Orchestra following a long-term friendship with the ensemble’s leader and conductor, Swedish music producer Karl-Jonas Winqvist.

Of the single. Yorkston says: “It’s me telling my kids that it’s ok to not be ok, and that indeed, sometimes I struggle”.

Of the recording process, he adds: “The band were sat by in the studio by themselves, looping the verses over and over. I was in the control room, drinking sweet tea. I just had to wait for the right moment and jump on board, like when I’m pushing my kids round on a roundabout in the local park.

“I love that everyone was singing along so freely when we recorded this. There were vocal mics for everyone, and people would just lean in with a harmony, every now and then. It gives it a very communal feeling.”

The album was recorded and mixed in Sweden over the course of three days with a selection of musicians Winqvist had brought together, including Peter Morén (Peter, Bjorn & John), Cecilia Österholm (one of Sweden’s best-known nyckelharpa players), Emma Nordenstam (piano & cello) and Ulrika Gyllenberg (violin).

The recordings were entirely improvised by the other musicians around Yorkston’s songs; the only song they heard in advance being ‘Ella Mary Leather’; Yorkston instead aiming for an instinctive, free-spirited and joyful atmosphere.

‘The Wide, Wide River’ track listing:
1. Ella Mary Leather
2. To Soothe Her Wee Bit Sorrows
3. Choices, Like Wild Rivers
4. Struggle
5. There Is No Upside
6. A Droplet Forms
7. A Very Old-Fashioned Blues
8. We Test The Beams