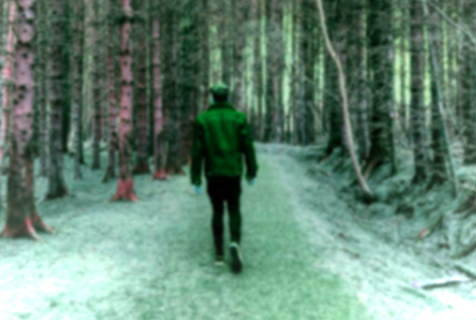 It’s the debut long-player from the Glasgow-based singer-songwriter, and the 11 “quiet songs” are available on Bandcamp.

Self-described as “best enjoyed in headphones,” vocalist Bethel performs guitars and keys on the release, recorded at home and in his practice space during what he describes as “the most bizarre year of my life”, and “dealing with themes of isolation, political/social uncertainty coupled with some positive love songs and a modern punk aesthetic.”

Previously, Bethel has put put three EPs – ‘Stars’, ‘An Apparition’, and ‘Sight Of The Sun’, spanning 2018 – 2020 – as well as playing in UNDO, and in Lead Sister alongside sibling Adele, formerly of Sons And Daughters.

He has also shared bills with former Husker Du man Grant Hart and Topshelf Records act Tricot, and is a Masters graduate in Sound for The Moving Image from Glasgow School of Art.