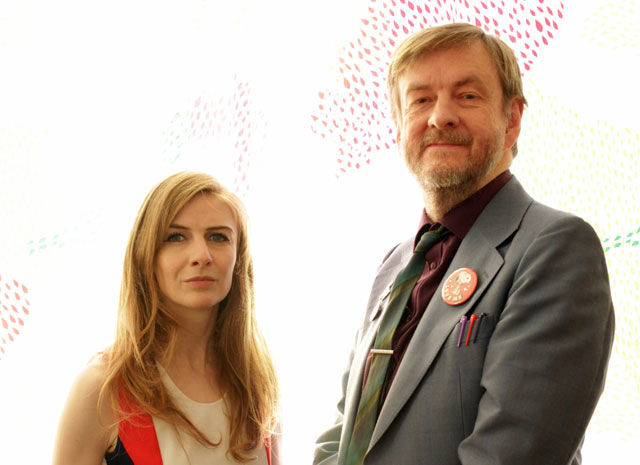 It seems that Edinburgh has the best of the gig calendar this week, and not just thanks to the Hidden Door festival which kicks off at the weekend.

First of all – well, on Tuesday – Clap Your Hands Say Yeah are at The Caves, while Gretchen Peters plays The Queen’s Hall. Another singer-songwriter of a more recent vintage, Nina Nesbitt, is at The Liquid Room,
On Tuesday, Glasgow at least has Sparks, at the O2 Academy. With Finiflex as support, no less.

Top marks to Tim Booth and James for services to music off the beaten tracks. They’re at Corran Halls in Oban on Wednesday night.
Echo & The Bunnymen were once famed for their tours of the highland and islands, but they take a rather more conventional route to Scotland, playing the Usher Hall in Edinburgh.
At Perth Concert Hall, Siobhan Miller joins Elephant Sessions and Fara.
And in Edinbiurgh, a much quoted-in-dispatches band, The Dunts, have a show at Sneaky Pete’s.

Same venue, the following night, Wojtek The Bear prepare to unleash their new album ‘A Talent For Being Unreasonable’ with a show at Sneaky Pete’s.
Also on Thursday, but in the Weej, Robyn Hitchcock is at Òran Mór,
And former Stanley Odd mainman Solareye has a show at the Tolbooth in Stirling.

On Friday 25th, it’s fun all the way as Little Love and the Friendly Vibes play Henry’s Cellar Bar in Edinburgh.
Elephant Sessions are at Ironworks in Inverness, while across in Aberdeen, The Dykeenies are back, at The Tunnels.

The BBC Biggest Weekend takes place in Perth – we seem to have got the short edge of the wedge, with Nigel Kennedy and Noel Gallagher (not even together) the top attractions.
But a different multi-venue festival is Edinburgh’s Hidden Door.
This weekend it includes Nadine Shah and Honeyblood (ok, Stina Tweeddale solo) at Leith Theatre.
In unrelated live news, Modern Studies have an intimate show at Song, By Toad’s live space, The Happiness Hotel.

In Glasgow Belle and Sebastian are at what seems to be the most happening venue in town, The Galvanizers Yard, while Wojtek The Bear are in the rather more conventional surroundings of King Tut’s.
At The Hug and Pint, musical mayhem with Cutty’s Gym, while Blanck Mass is at Mackintosh Church – another new-ish addition to the venue map (this one’s at Queen’s Cross).

Dundee knows a bit about developing new venues, though usually it involves taking a place of worship and converting it (so to speak. Thus, Church is another new place for live music in the city, and it has The Dykeenies on Saturday night.

In Perth, Erin Bennett is at The Green Room and in Inverness, The Filthy Tongues punt new album ‘Back To Hell’ at The Tooth And Claw.
Aberdeen welcomes Wojtek The Bear on the north-east leg of their album launch tour, for a show at The Tunnels.

In Edinburgh, former stanley Odd mainman Solareye is back, at The Mash House, Edinburgh, while at The Liquid Room, another former frontman gone solo – Tim Burgess out of the Charlatans.

In Glasgow Asian Dub Foundation play St Luke’s, and the BMX Bandits have a show at the Mackintosh Church,

On Sunday, former Ronelle Daniel Meade is in Aberdeen for a gig at the Blue Lamp.
The Dykeenies play The Mash House in Edinburgh, while The Wedding Present are in the same city, at The Liquid Room.

In Glasgow, LCD Soundsystem are at The Galvanizers Yard, while Superchunk play Stereo, and Squeeze will be hoping the fine weather continues, as they’re at Kelvingrove Bandstand.