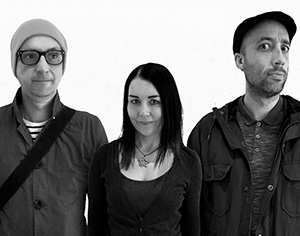 On Tuesday, LA surf rockers (possibly) La Luz are in Glasgow, at Mono, while Lush Purr play The Hug and Pint, and in Edinburgh, Declan Welsh & the Decadent West are at Sneaky Pete’s.

Edinburgh singer-songwriter Callum Beattie embarks on a Highland tour – on Wednesday he’s at The Sound Archive in Kirkwall, and Thursday he’s back on the mainland, at Blackstairs Lounge in Wick. On Saturday his travels take him to Eden Court Theatre in Inverness.

Similarly, in the relatively musically-starved environs of Falkirk, local lads doing good, Pleasure Heads, along with Moonsoup, play Behind The Wall. In Edinburgh, L-space are at Sneaky Pete’s while also in Reekie, esteemed folkie Alasdair Roberts plays Sneaky Pete’s, punk veterans Discharge are at Henry’s Cellar, and local electro duo Birdhead have a show at Brig Below (wherever that is).

On Friday in Aberdeen, up-and-coming rockers Bloodlines are at Krakatoa, and KT Tunstall plugs new album ‘Wax’ at the Liquid Room in Edinburgh.
Also on Friday, Nick Mason’s Saucerful Of Secrets i.e. the Drummer out of Pink Floyd not doing The Hits, at Glasgow’s Armadillo.

On Saturday 29th, Mickey 9s play Glasgow’s Barrowland Ballroom – there must be some other acts on the bill surely? – while Man of Moon, Love Sick and Folda are at King Tut’s.

On Saturday, reformed indie combo Collapsed Lung (remember ‘Eat My Goal’?), with bis on tow, are at Glasgow’s Hug and Pint.

Larry, The Rev and their congregation continue their travels on Friday – as the Alabama 3 are at Montrose Town Hall while just dow the coast, Beta Waves have a show at Buskers in Dundee.
Same city, same night, Joe Mcmahon (Smoke Or Fire), Billy Liar, Cory & Kirsty Call at Conroy’s Basement.

On Saturday in Dundee, L-space will plug their new album for the Last Night From Glasgow label, with a gig at Conroy’s Basement.

Also i.e. the main competition, there’s yet another open-air show at Slessor Gardens – this time it’s The Magic Numbers.

On Saturday, Icelandic producer Ólafur Arnalds is at the Assembly Rooms, Edinburgh, A Certain Ratio play The Voodoo Rooms, Wolf Eyes are at Wee Red Bar, while out of (that) town Bwani Junction are at Carnegie Hall (the Dunfermline version), doing that Graceland thing.

On Sunday, Alabama 3 are at La Belle Angele in Edinburgh, while in Glasgow, it’s Hooky and the Boys (or to give him his Sunday name, Peter Hook & The Light, at Glasgow’s SWG3, while at the Hydro, Kylie Minogue.
Anna Calvi is at St Luke’s, and Song, By Toad alumni Faith Eliott is at the Glad Café.