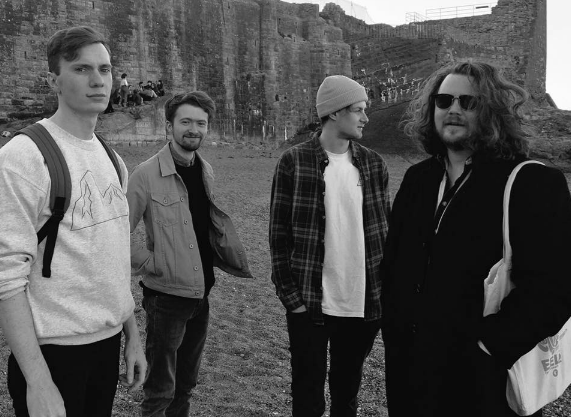 Time for your Week In Gigs – and ,es it starts, well, now, with jazz collective
corto.alto taking the stage at Edinburgh’s Voodoo Rooms any second (assuming you’re reading this around 8pm on Monday 29th November 2021).

Possibly cashing in on the Abbamania among anyone who’s not heard the new album, Björn Again are at the O2 Academy in Glasgow

On Tuesday 30th – St. Andrew’s Night – who knows what special tartan-themed treats Tim Booth will have in store when James play the Hydro in Glasgow, but you can possibly guess how Dougie Maclean‘s show at Adelaide Place will go.

In Glasgow on Wednesday, Vistas play their first of two shows at the Barrowlands in what is a remarkable rise of the trio over the past couple of years.
Blue Rose Code are also out and about, with a show at Stirling’s Tolbooth.

Back from the nearly-dead, The Libertines are at the Usher Hall in Edinburgh on Wednesday, while the Mt. Doubt / Constant Follower double-header that’s taking Scotland by storm arrives at Edinburgh’s Voodoo Room.

They’re also at Mac Arts in Galashiels on Thursday along with The Boy With The Lion Head, while back up the road in Embra, Electric Six are at The Liquid Room.

On Thursday 2nd, We Were Promised Jetpacks play the Lemon Tree in Aberdeen, and there’s a decent double-header for the nostalgia buffs at the P&J Live, with Madness and Squeeze.
In Stirling, at the Tolbooth, it’s Goodbye Mr MacKenzie and Blue Rose Code are at Montrose Folk Club.

On Friday 3rd, Rachel Sermanni is at Summerhall, Edinburgh, while a long-since sold-out show from Ash takes place in the intimate surroundings of Sneaky Pete’s in a Passport: Back to Our Roots gig in aid of the Music Venues Trust.
Up the M9, Modern Studies play Stirling Tolbooth, and in Glasgow, an intriguing gig clash where Jools Holland is at the Armadillo, while not far up the road, his erstwhile bandmates Squeeze, with Madness in tow, are at the Hydro.
Not a great selection in Dundee following last weekend’s Make That A Take mini-festival, but on Friday, The Lathums are at Tropicana & Vogue, while the Stereophonics play the Caird Hall.

On Saturday, November 4th, Rachel Sermanni is (slightly) closer to her Carrbridge home, with a show in Aberdeen at the The Lemon Tree, and Retro Video Club play The Tunnels.
In Edinburgh, Aberdeen’s Cold Years are at The Mash House, or if you prefer (?), Stereophonics are at The Usher Hall.
In Glasgow, Admiral Fallow punt new album ‘The Idea Of You’ at Saint Luke’s, and the reborn Baby Chaos are at Stereo.
And on Saturday in St. Andrews, Robbie Lesiuk has at show at The Doll’s House.

Finally, on Sunday, Blue Rose Code‘s trek around Scotland takes them to Aviemore, for a set at the Old Bridge Inn. José González plays Glasgow’s O2 Academy, and Tom Jones is at the Hydro.