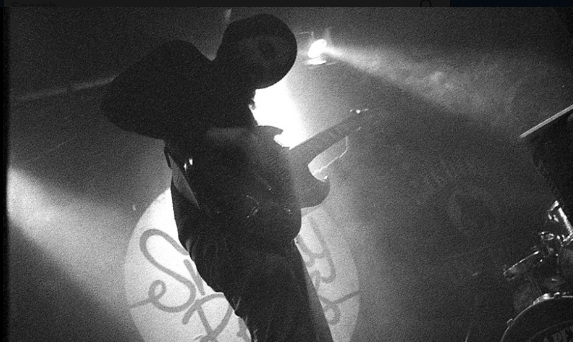 A bit like ‘AAA’ plumbing in the Yellow Pages, Dave Arcari is in pole position in this week’s Gig Guide, his live set and chat available from 8pm on Monday at facebook.com/groups/davearcariswildcats.

Oddly though, the live music scene is kind of stumbling back in a socially-distanced, outdoor way. The Euro 2020 Fanzone at Glasgow Green is making use of their beer tent and tables by putting on a New Bands night, on Thursday 8th July, with Kapil Seshasayee, Tom McGuire & the Brassholes, Rianne Downey and Dopesickfly. Get tickets here.

And on Friday 9th, another outdoor show, part of the aptly-named Albert Smalls series at Stirling’s Albert Halls (or just outside it). Rachel Sermanni plays in hopefully the evening sunshine with support from Norrie McCulloch.

We’re loath to do this but we have reactivated the gig calendar from Songkick – it’s back online at www.jockrock.org/gigs. We say “loath” because its’s quite clear that many of the shows are ones from ages ago that have been cancelled but not removed from the database by the acts supposedly playing. However, it’s how we found out about the Glasgow Green gig, so swings and roundabouts. As the saying goes, check local press for details (or as we’re in the 21st century, don’t travel without checking the band or venue website)

gigs of the week, this week's thing | Comment (0)
« Bobby Gillespie, The Soup Dragons, Katie Gregson-MacLeod, Spare Snare
Parties over as Perth and Linlithgow festivals are cancelled »