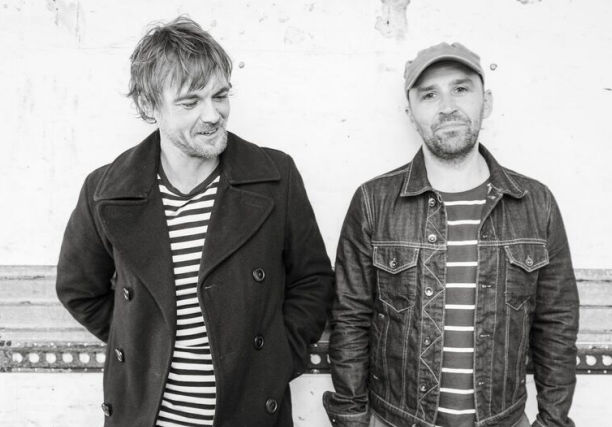 The gigging week starts with something a little cultural – An Wvening With Richard Jobson at The Queen’s Hall in Edinburgh – stories and poetry plus some songs, we presume, as Bruce & Jamie Watson out of Big Country are special guests.

Rachel Sermanni is at Aberdeen’s Blue Lamp on Wednesday night, punting a new album ‘So It Turns’, while Astrïd themselves with a new long player, ‘Fall Stand Dance’ – continue their tour with a show at King Tut’s in Glasgow.

On Thursday 12th, The Filthy Tongues are in Aberdeen, at The Tunnels, and Be Charlotte plays Inverness Hootananny.
And just up the road )and over the watter) Fuschia Phlox is in Kirkwall, I’m guessing at The Sound Archive but shouldn’t be too far away.

Edinburgh rockers Wrest will doubtless have a bag of merch for their show at The Tooth & Claw in Inverness on Friday 13th, containing their album ‘Coward of Us All’.
The Filthy Tongues play The Voodoo Rooms in Edinburgh, and Lost Map’s bright young hope Callum Easter has a show at Edinburgh’s Sneaky Pete’s.Meanwhile, at Leith Depot, Paper Rifles are on a bill headed by the excellently-named Weezer tribute act Beezer.

In Glasgow, Pavement frontman Stephen Malkmus, sadly not fronting Pavement, is at the CCA, while another blast form the past in the form of Sheep on Drugs play Audio. In Stirling, Rachel Sermanni is at the Tolbooth.

Saturday night has Mr E and his Eels at the O2 Academy in Glasgow, Sheep on Drugs (plus Mechanical Cabaret) are at Buskers in Dundee, and taking a short break from the Filthy Tonuges, Martin Metcalfe & the Fornicators are on home turf, at Bathgate’s Dreadnought Rock.
Stanley Brinks & The Wave Pictures play Sneaky Pete’s, and fresh from their set at the SAY Award bash, Man of Moon are at The Mash House