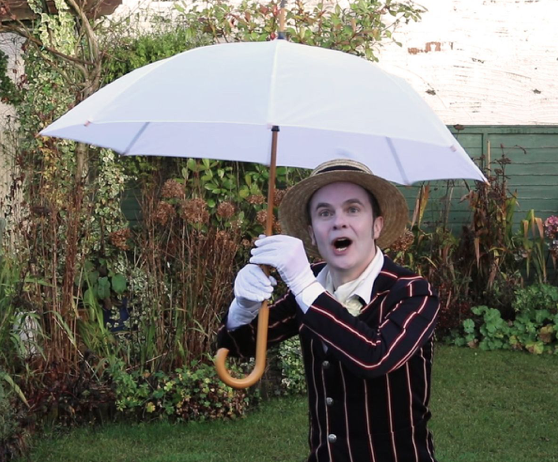 A surprisingly busy evening, gig-wise on Monday 25th – Horse is at the Rep Theatre, in Dundee, Low play the Queens Hall in Edinburgh, and Tackhead is at The Voodoo Rooms.
In Glasgow, Mystery Jets, plus Earl Slick are at Oran Mor, Lloyd Cole plays the Royal Concert Hall, La Luz has a show at Stereo, and veteran punks Discharge can be seen/heard at Audio.

Unsurprisingly it’s a bit quiet after that but the Mystery Jets then move to Edinburgh for a show on Tuesday 26th at The Caves.
In Glasgow, Skunk Anansie play the O2 Academy, Kristin Hersh is at Mono, and Ride have a show at SWG3.

Kristin Hersh then makes that reverse journey, for a set at Edinburgh’s Summerhall while on the same night and the same city, The Divine Comedy‘s Greatest Hits tour takes Neil Hannon and co. to the Usher Hall.

On Thursday 28th Charm Of Finches are on Glasgow’s salubrious southside, at the Glad Café, while Horse‘s Scottish tour picks up at Motherwell Theatre.

Quiet oop north this week but on Friday 29th Below the Neck plus Worn Out are at Inverness’s Tooth and Claw.
In Glasgow on the same night Grandaddy are at Glasgow Royal Concert Hall, and – a tad unusually – Dumbarton hosts Wrest, plus Layaway, at The Waterside Inn.

In Stirling, at the Macrobert, Horse, and in Glasgow, Peter Cat punts current EP ‘The Magus’ at The Old Hairdresser’s.
In Edinburgh, A New International similarly give their new release, single ‘Everything’s Alright Fine’, a push with a gig at The Voodoo Rooms.
Also a bit short on live shows is Dumfries but Earache-signed act Massive Wagons are at The Venue.

On Saturday, Horse rides into Inverness on Saturday 30th for a show at Eden Court Theatre, while back in Glasgow, Slime City reemerge, playing Stereo. A New International‘s mini-tour takes them to Glad Café, and Robin Adams is at The Old Hairdresser’s.
And it’s Stag and Dagger all weekend, with the top attractions being Protomartyr and Gwenno, with The Wife Guys Of Reddit, Pizza Crunch, Comfort, Low Island and Let’s Eat Grandma among around 50 acts taking part.

Out and about, Petty Cassettes – punting new single ‘Good Enough’ – are with The Breathing Method, and Peached, at Pressure, in Kilmarnock.
Wrest land on Mull, at Tobermory’s Aros Hall, Massive Wagons play Aberdeen’s Tunnels, and just down the road, Audiokicks are at Krakatoa.

Finally, to a busy Sunday night, with The Besnard Lakes at Glasgow’s Hug and Pint, and a couple of Edinburgh shows in Teddy Thompson at the Queens Hall, and Graham Costello (aka Strata, kind of), playing at The Assembly Roxy.

The Girvan Folk Festival is on too, with Alasdair Roberts being our point of interest, while Wrest‘s Scottish odyssey takes them to the Railway Club in Fort William.