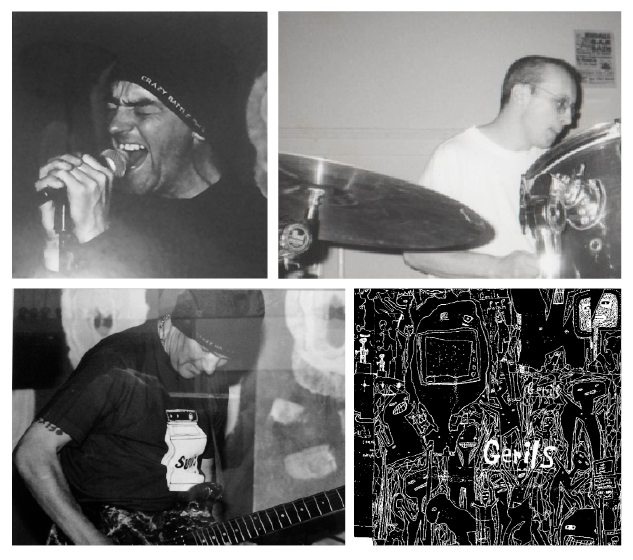 Gerils release an archive six-track EP, ‘Tape’, as a download via Chute Records.

The band originally intended to release ‘Director’s Cut’ – recorded and mixed by Gerry Mitchell of Boo Hooray – as a single in the late 1990s, but instead, the track is finally coming out Chute, because, the label’s Jan Burnett says, “it needs to be heard.”

All six tracks were recorded live on a 4-track tape recorder owned by Peter Moug, who also played guitar on ‘Today’ and organ on ‘Jerry’.

Of the single-that-never-was, Mike Kane says: “‘Directors Cut’ was the only track we ever recorded the instruments separately… which freaked us out when he asked us to record that way… we react off each other…”