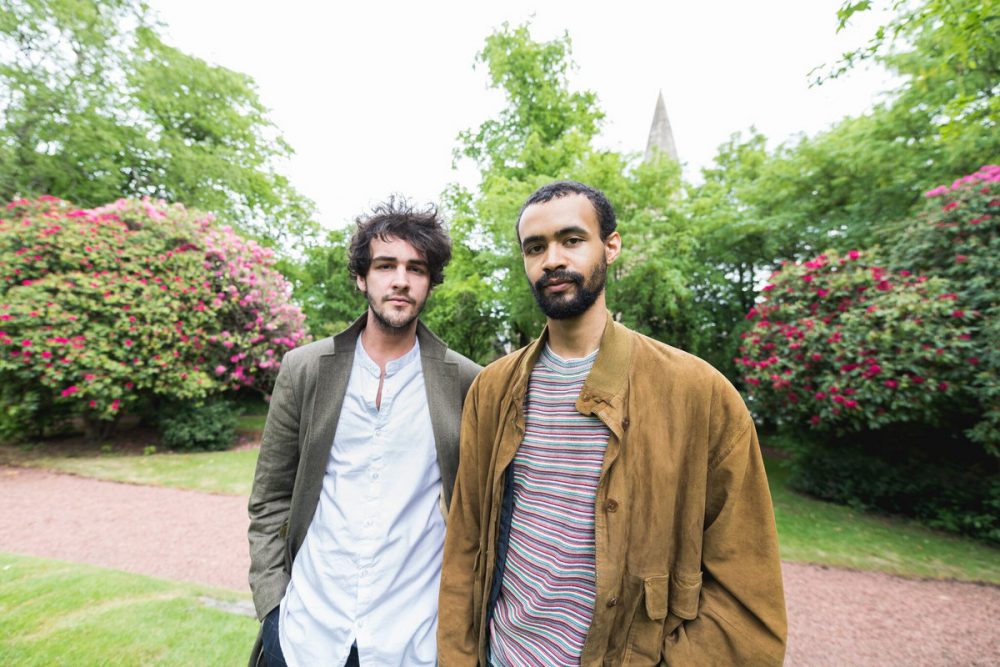 Available to stream, the download version of the release comes with bonus tracks ‘I Don’t Want to Know’ and ‘Up in the Air’ – the lossless versions of two tunes which comprised their debut single.

The duo – Samuel Hawker and Jegan N’Dow – recorded the songs, playing many of the instrumental parts, at St. Mary’s Space, as well as “various Glasgow tenement buildings”, with Callum Bentley, who produced the recordings and also engineered them tracks with the duo and Jamie Smith.

Also part of the sessions were bassist Andrew Park, who also supplied electric piano, as well as backing vocals alongside Emily Barr and Emma Murdoch.

Percussion was supplied by Rory Comerford, Calum Ingram played cello, and Robert McArthur was on guitar.