Chvrches / Robert Smith: Glasgow trio team up with Cure frontman for duet 'How Not To Drown', in advance of new album 'Screen Violence' 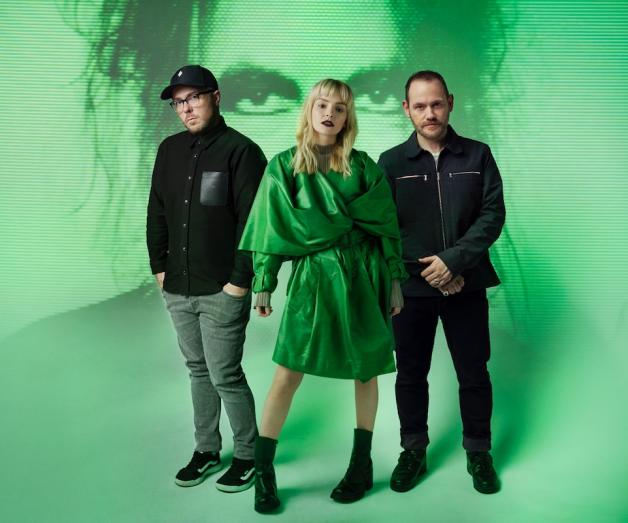 Chvrches have teamed up with Robert Smith out of The Cure’s for a new single, ‘How Not To Drown’.

The song – a duet of sorts between vocalist Lauren Mayberry and the frontman of the veteran goth act – also trails the Glasgow trio’s forthcoming album, ‘Screen Violence’, due out on August 27th.

The album was recorded via file sharing and video calls between Los Angeles and Glasgow, with Mayberry, Martin Doherty and Iain Cook self-producing and mixing the record.

“I think for me it was helpful to go into the process with the idea that I could write something escapist almost,” Mayberry says of the album. “That felt freeing initially, to have concepts and stories to weave your own feelings and experiences through but in the end, all the lyrics were definitely still personal.”

Doherty adds: “To me, the screen aspect was a bit more literal. When we were making the record, it was like half of our lives were lived through screens. What began as a concept was now a lifeline.”

“And this is no word of a lie, after it had gone quiet for a little while, we get this demo of the blue on Hallowe’en, no less. From Robert. With him singing. And it was everything that we hoped it would be and more. And so the process continued.”

This is not the first time that The Cure’s founding member has been attracted to a Scottish indie act, of course – recently singing the praises of The Twilight Sad – the band which Docherty was a touring member of until leaving to form Chvrches in 2012 – and even recording vocals for a version of ‘There’s A Girl In The Corner‘.

Smith has also recently provided vocals for Gorillaz, although he has often worked with other artists, providing backing vocals for The Associates’ debut album as far back as 1980, and working with with Siouxsie and the Banshees’ guitarist Steve Severin as The Glove in 1983. He said to Apple Music: “I started doing some weird things. This isn’t one of them, obviously. This is not a weird thing by any means!”

“I think the collaborations that I’ve done in the past, very few of them, I can’t really think off the top of my head, have been collaborative in the sense that there’s someone else singing with me. I think that’s what made the difference… This is more of a duet. It’s a kind of old fashioned sort of way of doing things.”