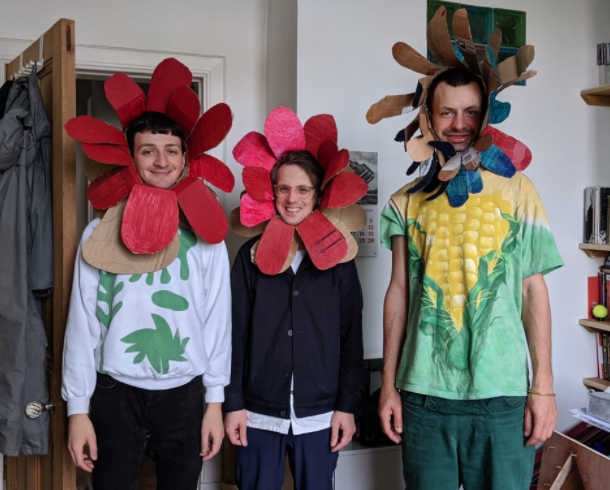 The Glasgow-based act, describing themselves as a “Jazz Power Trio”, include Joe Howe on tenor sax and keyboard, drummer Laurie Pitt, and bassist Niall Morris.

Pitt, who works as a drum tutor, has previous with a variety of Scots acts including Fur Hood, Golden Teacher and Ultimate Thrush.

And Morris, who engineered the Banana Oil recordings, has worked previously with David Thomas Broughton and Lylo, as well as playing bass on Martha Ffion’s album ‘Sunday Best’.

The five tracks – ‘Music Thinkin’, ‘Frog Nestor’, ‘Banana Wheel’, ‘Hip!’, and ‘Nippin’ Pincers’ – are available as an ultra-limited CD in the form of a (banana scented) Heraldic Flag (us neither), as well as a download.