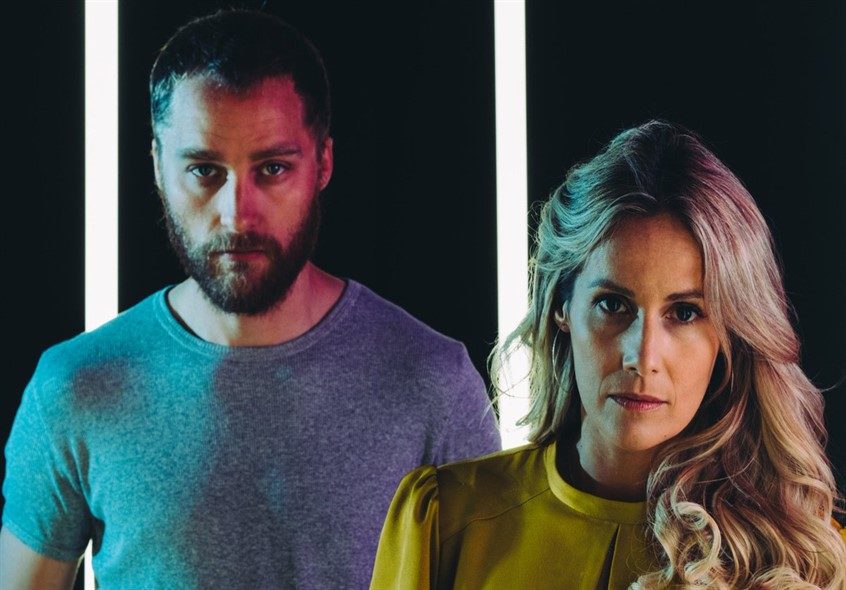 Heidi Talbot and Adam Holmes release a collaborative album under the name ‘Arcade’, on Drala Records.

The 10 track long player from the duo, entitled ‘Face The Fall’, is available on limited edition vinyl and digital download.

The collaboration between Irish-born, Edinburgh-based Talbot, formerly of Irish-American band Cherish the Ladies, and Holmes, best-known for fronting his own band The Embers, was produced by Arcade along with Cameron Malcolm, with additional production by Louis Abbott out of Admiral Fallow.

Nine of the ten tunes were written by Holmes and Talbot with the remaining tune composed by Rachel Sermanni.

Of the release, Holmes said: “We wanted to try and create a sound that felt different to anything we have previously worked on. We decided to do as much of it as we could at home to buy ourselves more time. It ended up being a few months of finding sounds at mines on the MacBook and chipping away at the overall bones of it.

“Then we got our friend Cameron to set up Heidi’s garage as a studio and spent a few weeks there having various people come in and play. It was the only way we could have created this record. Some of the sessions were really tough and long. Everyone involved felt ambitious to see how far we could push it.”

As well as Phil Cunningham reading poetry on the album’s closing track ‘All We Ever Are’, Jennifer Austin and Euan Burton also feature on the record, as does pianist Tom Gibbs, who will join the duo on tour.

“It became obvious very quickly that the songs we enjoyed writing together weren’t necessarily folk songs. We both believe in going wherever the song feels good to go and not feel like we need to stay in the confines of what we’ve created before. The outcome is not really a folk record, it’s more pop, but it’s still us and not a completely alien sound. A little different to what either of us has created before but we’ve put our hearts into this music. We hope people enjoy it.

“We appreciate each and every single person who supports us by listening to our music or coming along to a show and we’re looking forward to performing these songs live and setting them free into the world!”