Off Axis gets bands on the gig trail 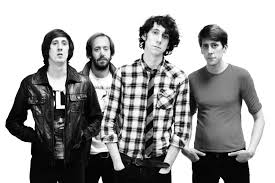 Ded Rabbit, Acrylic and Chris Greig are among the acts taking part in the new ‘gig-swapping’ scheme, Off Axis.

The trio of Scottish acts play at Edinburgh’s Sneaky Pete’s on February 9th, one of many shows which will take place in over 75 towns & cities throughout the UK.

The Scottish arm of the organisation plans monthly gigs in Glasgow, Edinburgh, Dundee, Inverness, Aberdeen, Dunfermline and Bathgate with more places to be added throughout the year.

Having received support from PRS Foundation, Arts Council England, Musicians’ Union, Joining The Dots, Innovate UK and Wigwam Acoustics. Off Axis’s aim is to empower musicians and enable them to:

• Play in front of sizeable new audiences, in places they’ve never visited before
• Build a national fanbase in a way never before possible, from large cities to small towns
• Perform at festivals across the UK, further enhancing profile / fanbase
• Get paid fairly, recouping travel expenses whilst playing to large audiences
• Host high calibre touring artists, which in turn creates a better experience for fans (acts often play places they wouldn’t have considered)

The not-for-profit project aims to connect music artists from all four nations across the UK, and has plans to organise tours and programme festivals throughout mainland Europe 2018-19.