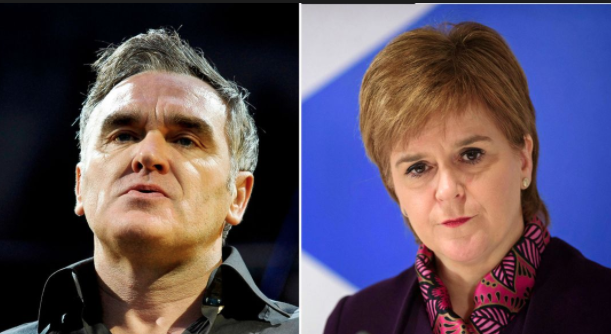 Nicola Sturgeon believes fans of Morrissey may be more interested in his music than his political views.

Following the singer’s apparent on-stage criticism of Scotland’s First Minister at his Glasgow Hydro show on Saturday, Sturgeon has denied being a Smiths fan, despite describing the Manc indiepop combo’s former frontman as “a huge talent”.

The SNP leader’s reaction follows Morrissey’s pontification from the Hydro’s stage where he asked the audience if they “actually” liked Nicola Sturgeon.

Responding to a show of hands, the singer then remarked that “those hands would be in anybody’s pocket”, a remark which allegedly led to some fans walking out of the show.

At a visit to a school in Alexandria on Monday, Ms Sturgeon said: “I haven’t really paid much attention to it to be perfectly honest.

“Was I a Smiths fan? Not hugely, I liked some of it. I’ve always thought Morrissey was a huge talent but I suspect people go to his concerts to listen to his music rather than hear his political views.

“That said, he’s entirely entitled to express them.”

Mr Morrissey has in the past criticised everyone from the Royal Family to Angela Merkel, and while he expressed some support for Scottish independence in the past, has recently become increasingly supportive of right-wing politics such as Brexit and UKIP.