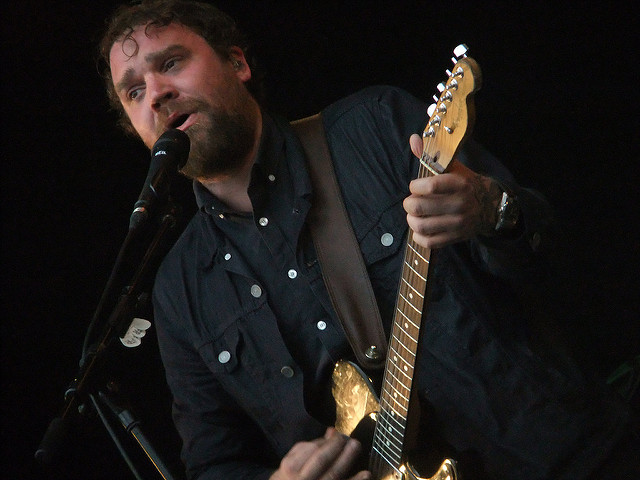 As well as raising funds for the Scott Hutchison Fund mental health charity, the campaign, led by Worcester-based Frabbits fan Ade Cartwright, is intended to “foster community spirit and support”. The new project follow fundraisers to install memorial benches in Kelvingrove Park, and in the band’s hometown of Selkirk.

Each fan who signs up will receive a copy of one of the albums through the post. They are being asked to video themselves listening to their favourite track and then upload it to social media with an introduction about themselves and why they like the track and what it means to them.

There is an online map to track the album’s journey and participants will sign a virtual guest book. Participants are then being encouraged to write a message, create a poem or picture to send to the next person.

The ‘Midnight Organ Flight’ has been given full support from the band, and albums have already made it as far as Baltimore and Bavaria.

Each participant is asked to make a donation (minimum £5) and the final leg of the trip for the albums will be from the band to five winners in a prize draw, who will get to keep the unique signed copies.

Grant Hutchison, Scott’s brother and drummer in the band, said: “I think the Midnight Organ Flight is such a beautiful idea. The support from the community of FR fans since Scott’s death has been incredible. Not only for the family and the band but the network of people reaching out to each other to provide comfort and strength has been really great to see.

“We always knew our fans were special and every one of them has shown just how much Scott meant to them both as a songwriter and as a person. As a band we spent 12 years travelling the world sharing our music with anyone who would listen so knowing that this can still happen is a wonderful feeling. Maybe a copy will swing by my house one day and I can share stories of what that record means to me!”

You can follow the progress of the Midnight Organ Flight at https://tmoflight.com/