End in sight for O2 ABC? 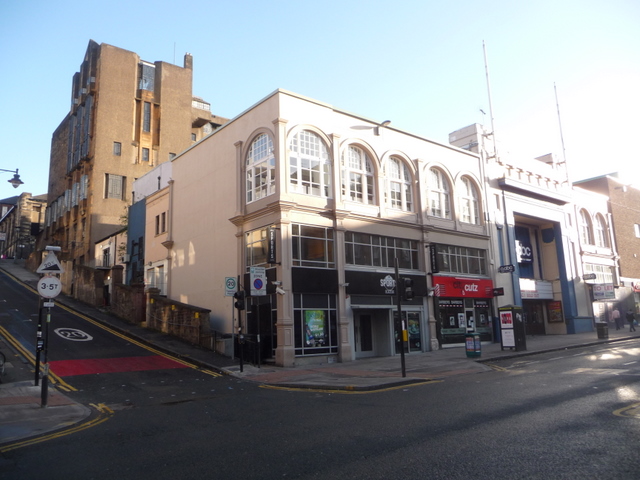 The future of Glasgow’s O2 ABC appears to be in further jeopardy following Historic Scotland withdrawing its objection to the Sauchiehall Street venue being demolished.

Historic Environment Scotland had initally been against the demolition of the building, which was severely damaged by the second Art School fire in June 2018.

Since then the block housing the historic entertainment venue has lain exposed to the elements, exposed via the damage to its roof, which has collapsed into the upper-floor gig venue.

A new report by RM Consulting states that the condition of the building has “dramatically deteriorated” and is in danger of collapse as well as being overrun by vermin and contaminated by raw sewage.

Furthermore, an engineering report by Will Rudd Davidson Ltd suggests that the temporary structures currently propping the building up may not survive another winter, but replacing these is considered too dangerous.

Historic Environment Scotland had asked that the majority of the C-listed building to the saved, including the front façade.

However, the public body has said it now believes that front part of the building has deteriorated, saying: “It is clear to us that the likelihood of achieving a scheme of meaningful repair for the whole front elevation is low.

“Weighing the reduced merit of the building in its current condition against the clear requirement to demolish the severely-damaged auditorium… we no longer consider it proportionate to maintain our objection to the application for demolition.”

Historic Environment Scotland has requested that the former cinema entrance should be retained, as a historic reminder of the cultural value of the site.

The historic structure was previously the Regal Cinema as well as housing a diorama theatre and even a circus in its near-150-year history.

The cinema – which showed Glasgow’s first public film and once boasted a capacity of well over 2300 – closed in 1999 but the building opened again in 2005, retaining its name as the O2 ABC. The renovated structure was then home to two music venues, the larger upstairs room home to Europe’s largest glitter ball under its distinctive turquoise roof.

In the 13 years leading up to the second Art School fire that destroyed the ABC, the venue played host to a diverse range of acts including Bert Jansch, King Creosote, Dananananaykroyd, The Skids, Half Man Half Biscuit, and Chemikal Underground’s 15th Anniversary show – the ideal size for acts not quite big enough for the Barrowland or the ABC’s cavernous cousin, the Academy.

The building’s current owners – represented publicly by architectural designers Urban Pulse – have claimed that any rebuild will include some sort of music venue, but the previous plan for the building was for the block to be home to student flats. This proposal was previously rejected by the council – but that was before the building was allowed to deteriorate to the stage where it could not be salvaged.

The demolition plans will be put before the planning committee of the City Council where the final decision will be made.