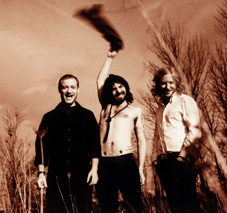 2014’s T in the Park has a strong Scottish flavour with its recently-announced headlines of Biffy Clyro and Calvin Harris alongside the Arctic Monkeys in Balado from 11th – 13th July.
Also on the bill are Ed Sheeran and Ellie Goulding on an expanded Friday lineup, alongside headliners Biffy, plus Pixies, Bastille, Haim, and rising Scottish stars Chvrches.
Saturday has Paolo Nutini alongside Calvin Harris plus Pharell Williams and The Stranglers, plus Nina Nesbitt and Twin Atlantic among the local talent.
Sunday will see the Arctic Monkeys alongside Franz Ferdinand, Slam and The Twilight Sad, plus a bunch of other acts that you can read about on the T in the Park website.