news – all the indie-schmindie happenings

Getting to the heart of Scottish post-punk with Hungry Beat: History of legendary Fast and Postcard record labels is examined in new book 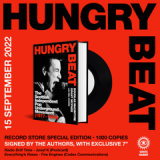 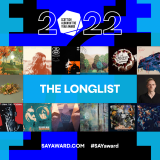 Hamish Hawk, Constant Follower and Annie Booth are among the acts to make the shortlist for the Scottish Album of the Year (SAY) Award – Scotland’s national music prize.

Previous winner Kathryn Joseph is also in the running, as is Mercury-nominated Fergus McCreadie, while previous Longlist-ees such as Callum Easter and C Duncan also feature.

20 acts have whittled down from a record breaking 369 eligible record submissions by 100 impartial music industry nominators. Each Longlisted album is now in the running for the coveted SAY Award title and £20,000 first prize, with the winner to be announced at The SAY Award 2022 Ceremony taking place at Stirling’s Albert Halls on Thursday 20th October.

The announcement comes as 2022’s host city, Stirling, celebrates with a free exhibition taking place at award-winning music venue The Tolbooth. Music fans can explore the 20 enlarged album artworks and use QR codes for an experiential discovery of the Longlist. The exhibition will provide a focal point for celebrating the records in the lead up to next month’s ceremony where one will be announced as Scottish Album of the Year.

In alphabetical order, The SAY Award Longlist for 2022 is as follows:

The newly announced Longlist will be further whittled down to a final 10 albums to make up this year’s Shortlist, one of these being chosen by music fans in a 72-hour online public vote running from October 3 – 5.

The SAY Award winner will take away not only the coveted Scottish Album of the Year title but also a £20,000 prize, one of the most lucrative in the UK. The nine runners-up also take away £1,000 each as well as a bespoke award created by a local Stirling artist commissioned by The SAY Award.

And, for a second year, the SAY Award will be accompanied by the Sound of Young Scotland Award and the Modern Scottish Classic Award. The former aims to highlight the best of the country’s emerging musical talent, with the winner taking home a funding package worth up to £5,000 to facilitate the creation of their debut album; the winner chosen by a judging panel made up of previous SAY Award nominees, including Stina Tweeddale (Honeyblood), TAAHLIAH, Jubemi Iyiku (Bemz) and Declan Welsh (Declan Welsh and the Decadent West)

The Modern Scottish Classic Award – in association with YouTube Music – recognises an iconic album from Scotland’s past that still inspires today. The 20 SAY Award Longlisted artists announced today will together decide which act will follow in the footsteps of Frightened Rabbit, whose ‘Midnight Organ Fight’ was announced as the inaugural winner of the award in an emotional ceremony last year.

To keep up to date with SAY Award 2022 news, follow the award on social media across Twitter @SAYaward, Instagram @sayaward and [email protected], or visit www.sayaward.com. 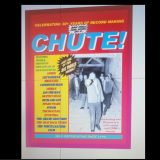 Simple Minds, Altered Images and Horse shows off: Mourning period for Queen leads to cancellation of Spree and Live In Leeds events 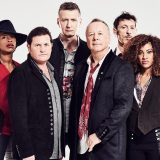 Simple Minds are the latest Scottish act to have one of their concerts called off following the death of the Queen. END_OF_DOCUMENT_TOKEN_TO_BE_REPLACED 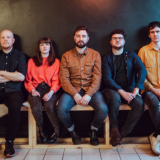 Connect Festival has announced details of a new stage which partners with the charity initiated by Frightened Rabbit. END_OF_DOCUMENT_TOKEN_TO_BE_REPLACED 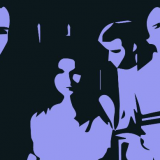 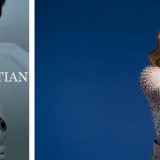 Nutini gets behind Sheffield Leadmill: Paisley star to play his first English show in seven years as part of campaign to save legendary venue 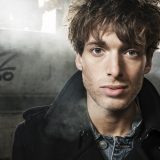 Paolo Nutini has joined teh campaign to save Sheffield’s Leadmill, which is under threat of closure END_OF_DOCUMENT_TOKEN_TO_BE_REPLACED

James Yorkston and Auntie Flo join Mclusky and Deerhoof for Edinburgh dates: Plenty happening at Summerhall for three weeks of the Festival Fringe 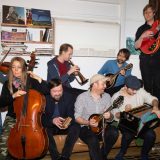 A host of local and international talent are scheduled to appear at Edinburgh’s Summerhall venue during August. END_OF_DOCUMENT_TOKEN_TO_BE_REPLACED

Supergrass have been announced as headliners for this year’s Eden Festival. END_OF_DOCUMENT_TOKEN_TO_BE_REPLACED