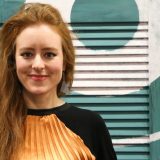 Scottish music conference Resonate has unveiled its programme of events, including the live showcase acts who will perform at Platform in Glasgow in November. END_OF_DOCUMENT_TOKEN_TO_BE_REPLACED 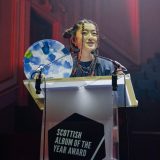 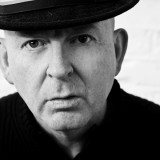 Young musicians get the chance to Hit The Road: Applications from 14-19-year-old bands or singer-songwriters to tour Scotland now being accepted

Young Scottish musicians can now get the chance to tour Scotland as part of the industry-funded Hit The Road scheme. END_OF_DOCUMENT_TOKEN_TO_BE_REPLACED

SMIA aims for summit: Scottish Music Industry Association tackles Brexit and looks at following the chart success of Mogwai and The Snuts 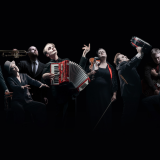 Dealing with Brexit, exporting music, and preparing for success with advice from the people behind chart-topping acts END_OF_DOCUMENT_TOKEN_TO_BE_REPLACED

Donna Maciocia, Boo Hewerdine, Findlay Napier, and Be Charlotte are part of SoundBase, a new festival of online learning for young people interested in music and looking to learn new skills from Music Plus – the mentoring scheme run by the Scottish Music Centre and supported by Creative Scotland’s Youth Music Initiative.

Taking place on Tuesday March 9th from 5-9pm, the event will consist of four one-hour sessions from each of the coaches, who will all offer practical advice based on their own experiences.

5pm – Donna Maciocia
Once of piano-driven trio Amplifico, the Glasgow-based musician has worked with the likes of KT Tunstall and Aberfeldy, and has most recently been responsible for running the award-winning ‘Ensemble’ youth songwriting project, developing new song material (funded by Creative Scotland) under the mentorship of Tracyanne Campbell, and playing keys with Camera Obscura.
– Some of my favourite ways to generate ideas for music and lyrics
– Tips for finishing and refining song ideas
– Things I wish I’d known when I was starting out

English-born songwriter Hewerdine’s early career was in bands The Great Divide, and then The Bible, who had a minor hit with ‘Graceland’. He has since written songs recorded by K.d. Lang (‘Last Cigarette’), Paul Young, Mel C, Marti Pellow, David McAlmont, and most frequently Eddi Reader (her ‘Patience of Angels’ originally a Bible composition)
– Song form, chords, melody, lyrics, arrangement
– Help with project ideas and goals
– Getting your music heard/released

7pm – Be Charlotte
Dundonian multi-instrumentalist Charlotte Brimmer is now signed to Columbia/Sony Music. Now 23, she has been writing songs since the age of 13 and working professionally in the music industry since she was 17. In 2020 Be Charlotte was championed by Ivor Novello’s after curating Scotland’s first ever all-female songwriting camp which provided a platform for young women to come together, get to know each other and collaborate.
– Explore all elements of songwriting from concept to imagery and rhyme schemes.
– Go through Be Charlotte’s “go-to” songwriting template, creating your own song
– Taking the song off the paper and sharing it with the world

8pm – Findlay Napier
Edinburgh-based now tours all over the place playing shows and teaching songwriting. Mainly working in the folk genre, notably with Martyn Bennet, he was however one half of a songwriting project, Queen Anne’s Revenge with former Raincoats and Lords of the New Church man Nick Turner. He now runs songwriting retreats with Karine Polwart and Bella Hardy and has hosted the ‘Late Night Session’ at Celtic Connections since 2011.
– Practical songwriting tips

SoundBase will take place over ZOOM and will be monitored by MusicPlus staff. Registration is free, and open now. 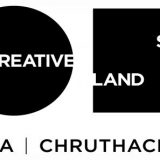 Applications are again being accepted for the Scottish Government’s £5million Hardship Fund for Creative Freelancers. END_OF_DOCUMENT_TOKEN_TO_BE_REPLACED

Boo Hewerdine and Findlay Napier offer pandemic songwriting relief: Free Bird on a Wire courses are open to musicians whose careers have been impacted by coronavirus 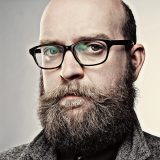 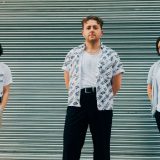 Vistas and Fatherson are among the acts offering their music industry expertise for Off The Record – the youth music conference – which is going virtual for a two-day event on December 4th – 5th.

Organised by a team of creatives in the same age range as the target audience and delivered by young professionals already working in music, the conference’s aim is to cover a range of topics for 16-25 year olds considering a career as a musician or in the industry.

Included will be interactive workshops, panels, Q&As, networking sessions, the chance to connect with industry figures and other participants, through one-to-one video meetings, interactive workshops and the Meet the Speaker sessions, where delegates can ask questions via video, and the opportunity to submit music for feedback.

Supported by the Scottish Government’s Youth Music Initiative (YMI), which is administered by Creative Scotland, Off The Record was originally planned as a large event with smaller outreach sessions around the country. However, organisers Wide Events CIC decided to move the event online following the success of their digital version of award-winning Wide Days convention.

“Off The Record is an incredible opportunity for anyone aged 16-25 looking to build a career in music as well as those working in related areas including media and design,” says the event’s coordinator, Kitt Carr. “Since 2013 the events have led to attendees getting work and numerous acts being featured in national media, playlisted on Radio Scotland and booked for gigs.”

Tickets £5 (includes access to all online content during the event) – discounted or free tickets will be made available to those who otherwise would not be able to attend, a bursary application form is available at otrscot.com/tickets